10 Best Romantic Movies To Look Out On Valentine’s Day

Wondering and searching for Valentines day plans?  Valentine’s Day in this COVID era may be a little different from all the valentines we have seen before, from travel and gathering restrictions, to cinema restrictions and oh curfew at 9pm.

But this doesn’t mean there are no other sweet and yet romantic ways of celebrating this valentine. And the best and yet most convenient way is to catch one of the best romantic movies at home. Single or in a relationship, pro or anti-valentine’s day, there is something for you.

So, grab your remote, get your wine ready and of course a sultry scented candle, set your mood to a romantic mode and fire up one of the amazing movies on Netflix, or look out for any of the following movies at your nearest video library and enjoy your cozy night.

This romance is based on Nicholas Sparks’s novel of the same name, which takes place in North Carolina after World War II. The young and affluent socialite Allie Calhoun (Rachel McAdams) meets the charming and poor Noah (Ryan Gosling) one summer, developing a bond that surpasses obstacles such as time and illness. Forewarning: you’ll definitely need to keep a box of tissues handy for this one.

Alice Wu’s take on Cyrano de Bergerac is set in a small Massachusetts town, where high schooler Ellie (Leah Lewis) writes her classmates’ essays for money. She agrees to help Paul (Daniel Diemer) out with his love letters only because she’s in love with the same girl, and feels free to communicate with her through a disguise. Defying conventional rom-com tropes, The Half of It celebrates all kinds of love—romantic, familial, and friendship bonds—without elevating one over the other

The First Wives Club is an irreverent sendup of marriage (and divorce) conventions—and a showcase of three of our favorite leading ladies. Bette Midler, Goldie Hawn, and Diane Keaton are longtime friends who, after being left by their husbands for younger women, decide to get “revenge.” It’s the perfect “anti-Valentine’s Day” film to stream if you’d rather celebrate your friendships than a paramour.

5. The Object of My Affection

Jennifer Aniston and Paul Rudd co-star in this sweet, unclassifiable ’90s movie about a woman who might be in love with her gay best friend. As Nina (Aniston) and George (Rudd) encounter other romantic prospects and life progressions, their intense closeness is threatened. While definitely having rom-com elements, The Object of My Affection celebrates all kinds of love

We can’t decide what’s more gorgeous about this film: The love story or the sets and costumes that recreate life in ’50s and ’60s New York. Tessa Thompson stars as Sylvie, an aspiring TV producer who feels a palpable connection with a jazz musician, Robert (Nnamdi Asomugha). But due to other ambitions and obligations, the couple can’t be together—until they’re offered another chance years later.

7. Always Be My Maybe

In this irresistible Netflix rom-com, Ali Wong and Randall Park play former childhood besties with unfinished business. When Sasha (Wong) moves back to San Francisco, she and Marcus (Randall) reconnect. But is the gap between their current positions—she, a famous chef and he, still living at home—too large to bridge? Keanu Reeves also appears in the cameo of the century

Waiting to Exhale shows that love stories rarely take place in a vacuum. The four best friends in the warm classic help each other through their various romances’ highs, lows, and disappointments. The chemistry between Whitney Houston, Angela Bassett, Loretta Devine, and Lela Rochon is ultimately more memorable than the romances.

The best thing about watching the lovable Sally Albright (Meg Ryan) and Harry Burns (Billy Crystal) on screen is seeing how they grow both as a couple and as individuals. Besides, we all still want to eat what Sally orders in that iconic and orgasmic cafe scene

Regarded as the best film of the Bridget Jones’ trilogy by super fans, Renee Zellweger is forced to choose between two handsome potential suitors, Colin Firth and Hugh Grant, in this British romantic comedy 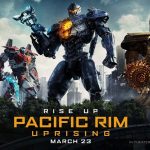 Pacific Rim Uprising
Hate has 4 letters so does Love