Pictorial: What Transpired Throughout blankets and wine

The spotlight is on Zulitums as he takes center stage Ayrastarr, the Queen of ‘VIBES ON VIBES’ firing up the crowd! Melodic Inversions doing their organic house music magic on the #BlanketsAndWineskla stage! Afro pop duo, Blaq Diamond 150 Advertisement Vibe check: It’s all about beautiful moments & enjoyments with friends & family! It’s the […]

This year, Vian Music has already dropped two projects including Okoze Otya (feat. Mun G) and Naawe visuals. The TGM singer is widening his fanbase with his unique music touch and dancehall star vibes. He attributes his bre akthrough to his mentor and boss at TGM, Pallaso, who gave him a platform to showcase his talent. Vian Music now […] 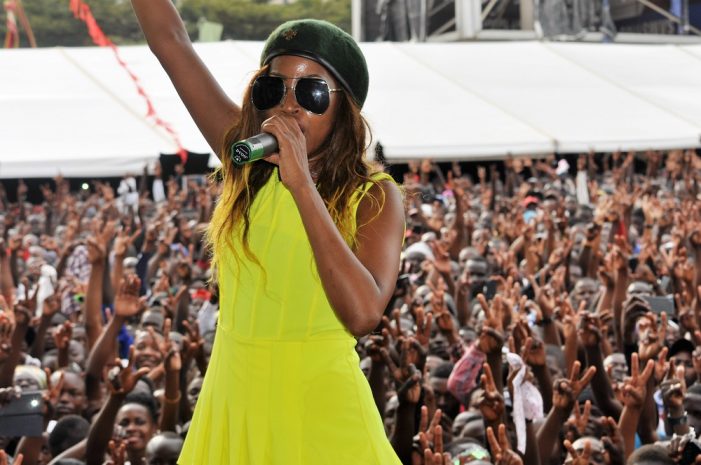 She has vowed to turn a deaf ear to whoever is lecturing her on how to dress appropriately. Her comments come after State Minister of Mineral development Sarah Opendi discussed the growing habit of unguided music concerts in schools on the floor of Parliament. In her submission, Opendi revealed that musicians often perform in skimpy […]

In an effort to fight non-communicable diseases (NCDs), Nicholas Kamara, the Member of Parliament for Kabale Municipality, has advised the Government to stop vehicles from reaching Kampala city, to allow people walk, saying it will enable them exercise. He suggested that the Government levies taxes on vehicles that operate from the city to limit them […]

A female SGA security guard attached to Kagadi Stanbic Bank in Kagadi district has been shot dead. Moses Kiconco Muzima, the Kagadi District Police Commander has identified the deceased as Babra Kiiza, 28, attached to SGA Security. Kiiza, who was born in Kiryambe village in Bugambe sub-county, Kikuube district, was allegedly shot by a colleague, […]

All Is Set For Our Concert, Says B2C

The B2C soldiers aka Kampala Boys have said all is set for their concert slated for August 19 at Freedom City. Addressing journalists during a press conference at Pike House at the Vision Group head offices in Kampala yesterday July 18, the musicians said they are only waiting for the day. Vision Group is one […]

The function took place at the Lubiri Palace in Mengo on Sunday, July 17. The vintage car, built by British luxury automobile maker Rolls-Royce Motor Cars Ltd, was first used by Uganda’s first president Edward Mutesa, the father of Mutebi. The repair work was estimated at sh300m. In 2021, the Buganda Kingdom finalised plans to […]