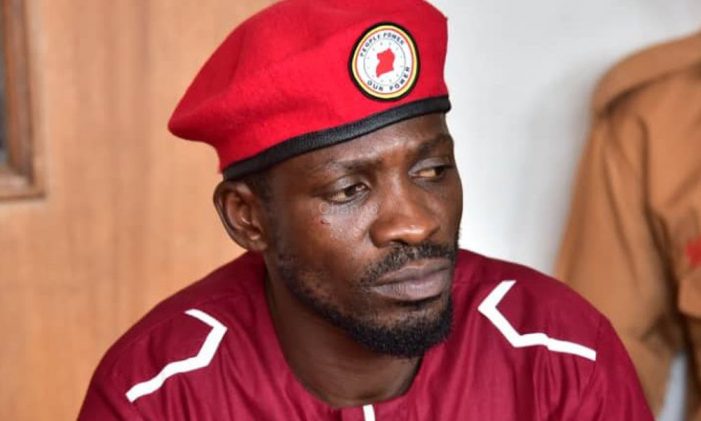 Kyadondo East MP Robert Kyagulanyi aka Bobi Wine was yesterday remanded to Luzira prison until May 2 over charges of convening unlawful assembly opposing the sh200 social media tax(OTT). Bobiwine was arrested by police on his way to the police Criminal Investigation Department (CID) headquarters in Kibuli,where he was summoned to answer related charges including possession of dangerous weapons and taken to Nagalama police station in Mukono district . His arrest caused a lot of havoc in town as his supporters and people power diehards protested and blocked roads forcing the police to fire teargas to disperse the crowd. Bobi Wine w as welcomed with praises by prison inmates as they sung his freedom tunes to and fro the Buganda Road court. Grade One magistrate Esther Nahirya, read Kyagulanyi’s cases where he is of holding a public meeting (anti-social media tax demo) on July 11, 2018 without notifying police contrary to provisions of the Public Order Management Act (POMA) and also failed to cooperate with police to ensure that all demonstrators are unarmed.