The Silverbacks have already lost two games at the ongoing Fiba Afrobasket Championship in Kigali, Rwanda, but will face off with Nigeria and an invisible situation in a win-or-go-home clash today.

The invisible situation has been the other loss for the Silverbacks outside the four lines and it comes in form of financial woes. And in Uganda’s case, it is more than just stressing – it is a national embarrassment.
Fuba president Nasser Sserunjogi says the team is struggling to pay bills, including accommodation and related hotel costs, in Kigali.

According to Sserunjogi, the money, which Ogwel had indicated was to cater the trip, was used to cover a debt acquired by the team when they travelled to Egypt for a training camp and later Morocco for a qualifier game in July.
Sserunjogi revealed that the debt was accumulating interest and it only made sense to settle it first.

The federation has now reached out to get the attention of the Education and Sports minister, Ms Janet Museveni, to intervene and save the situation.
In the letter Sserunjogi wrote to the Minister of Education and sports, he appreciated government’s support toward the team in the past but stressed the lack of funding for the trip to Morocco that he says left the federation with no option but to borrow.

“At the time of travelling to Morocco, National Council of Sports (NCS) said there was no money for the qualifying campaign,” Sserunjogi said.
“Because we couldn’t afford to pull out of the tournament after investing all that time, effort and money, with only one win away from qualification, we made a decision as management and informed NCS that we were going to borrow money and take the team to Morocco, which money we expected NCS to reimburse upon return.”

In Morocco, the Silverbacks won 77-65 to seal qualification. Sserunjogi says the federation requires additional Shs360m to cater for the team’s expenses in Kigali as they are living on credit. 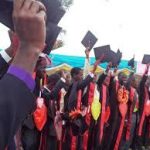 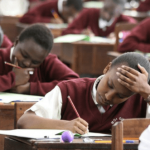 Education Minister Janet Museveni, to Decide On the Way Forward For Schools this Week