Chameleone looking For Buyers For His Vigil

Legendary singer Jose Chameleone real name Joseph Mayanja has come out and narrated how he wants his vigil to be.

While speaking during an interview on NBS After5 show, the legendary singer said that people should teach themselves the character of appreciating their celebrities when they are still alive.

On such grounds, he said his vigil is worth selling before he dies.

“It is so sad that Ugandans recognized late Mozey Radio after his death and you should respect me who recognized him when he was nobody.

I was his first fan and showed him to the world. There are people who are waiting for my death and play my music for the whole day as if they can’t do it now when I am still alive,” said Chameleone.

He further said that he wants to sell his vigil so that he enjoys that money when he is still alive.

“Recently I told my manager Mutima that I can sell my funeral vigil because many people will attend it.

Whoever wants it, should pay me and I enjoy that money before I die,” he said.

Chameloene also wants his body to be put in a glass casket.

“I want to have a glass casket so that even people who are far away can be able to see me because many people are going to come from all over the world to attend my funeral, “Chameleone said.

“I Belong To A Better Category” Jose Chameleone To Zzina Awards. 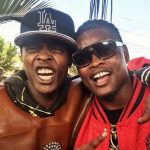 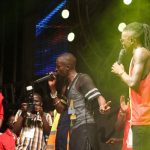