Chinese wannabe couples intending to tie knots will have to undergo compulsory government- run marriage training ‘classes’ if the bill is passed into law.

A Chinese law maker Chen Aizhu, a National People’s Congress (NPC) deputy from East China’s Zhejiang Province while speaking to press said she hopes the training will help to improve harmonious relations in families and reduce divorce that has surged in China.

The bill will be introduced at the opening of this week’s “Two Sessions, requiring couples to take government-run marriage training classes before weddings.

Chen stresses that carrying out premarital trainings is to help to improve people’s sense of responsibility to the family, encouraging the new couples to be loyal in marriage and cherish their family.

“I would recommend promoting such education at an earlier stage, such as among students, to help young people establish a correct attitude toward marriage,” Chen told Global Times, a state propaganda outlet.

Chen said young people get married in haste without a solid base in their love relationship and then divorce in haste over trivial disputes because people’s attitude toward marriage are getting more open.

Chen added that disagreements between couples will bring negative effects on their children in some families.

The “Two Sessions” are meetings of the NPC and the Chinese People’s Political Consultative Conference (CPPCC). The former is the government’s lawmaking body, which typically passes pro-communist laws without much debate or disagreement.

The CPPCC is an advisory body that develops Communist Party messaging and policy to be distributed to local and regional officials.

China has seen a continuous sharp drop in the marriage rate and increase in the divorce rate in the past eight years, a report shows. From 2013 to 2020, the number of marriage registrations fell from a record high of 13.47 million couples to 8.13 million, according to a report by Tsinghua University’s Evergrande Research Institute. 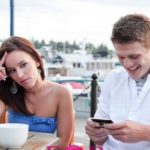 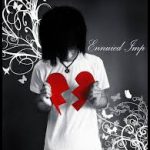 When a relationship breaks up, the night becomes too long than never
Quotable Quote – Don’t cry because he left you

10 Tips to Rebuild a Broken Relationship During COVID19 Lockdown 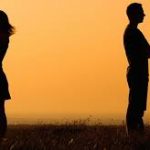 Are you still blindfolded with infatuation that you are begging for love?