COVID19 Lock-down: Use this Time to Address Marital Issues in your Relationship

This is a very opportune time to be addressing marital issues because as I speak, we are living in an unprecedented period.

We are living in a period of a new pandemic in the world called COVID-19, and there could never be a more opportune time to speak to families that have been locked-down together, whether voluntarily or forcefully. Many people are struggling and suffering financially due to this economic and social lockdown. Many are struggling to make sense of the fear and uncertainty that has been caused by these desperate times.

My husband, George and I have been married for over 27 years.

Within the Ugandan context, there are 5 different forms of marriage recognised by law; Christian marriage, Mohammedan marriage, Customary marriage, Civil marriage and the Hindu marriage.

The Christian and Civil marriage have one thing in common, they recognize that one man is married to one woman, to the exclusion of all others, for life. What that really means is that under our laws, it is recognized that a biological male shall marry a biological female and there shall not be any third parties in-between, and that marriage is ideally for life. Obviously we know that this has been challenged by a lot of changes now, to the extent that its one man, and one woman, until divorce do they part.

We are seeing an increasing number of divorces in our system, and it is of great concern to us. I can tell you without fear of contradiction that when I first joined the Family Division around 2013, there were just a few cases. But by the time I left, I think they had tripled. As I speak now, the divorce cases are growing in number. We are seeing more Christians file for divorce. This is not a very good telling about the family situation in our country right now. Also, the statistics that show the causes of divorce are really pathetic.

In the olden days, there were only three grounds for divorce i.e adultery, cruelty or desertion. For a woman, you had to prove two grounds: that your husband cheated on you, and that he either deserted you for more than two years or that he was cruel to you. On the other hand, a man seeking divorce had to prove one ground, and that’s of the wife cheating on him. And because of the differences in grounds for divorce, women were not comfortable with this. Women lawyers took this law to the constitutional court saying, ‘it required more from women than it did from men, and therefore it was discriminatory and not inline with the Constitution.’ As a result, that law was struck-down.

As I speak today, the whole of section 4 of the divorce act, is not applicable to divorce in this country, which means that right now, you don’t have to prove any ground. If you want to divorce, you walk to court. It is very unfortunate because what this means is that right now, you can have any flimsy grounds as long as you prove that your marriage is irrevocably broken down.

The stability of a nation is most times guaranteed by the stability of marriages and family as a unit. In fact, it is said that Capitalists were so eager to ensure that the family unit remains tight, because once the family unit was stable, and once the wealth of a family was safe and well guarded, then that wealth could remain in that nation and it was not wasted through divorce or any other means.

You can see that there are economic advantages as to why people need to be married, and stay that way. Above all, Family is the best unit in which to bring up children. Children brought up in a stable marriage are children who will become more useful citizens. Statistics on children brought up in unstable marriages will show when you see them on the street, taking drugs and getting involved in several other kinds of things. These children are affected right from childhood, until they become adults. And the worst statistic is that children who come from divorced homes are likely to divorce themselves, and that adults who divorce the first time, are likely to divorce the second time. So, the statistics for divorce and instability, are quite dire.

Therefore, if we want a stable environment for bringing up children, and building our economy and wealth, a stable marriage is the least you could ask for, and its the most you should work at.

I hope this talk will help you realize that whereas we live in an extremely competitive environment, and that we have so many things competing with our marriages and spouses, it is important that this part of our lives remains stable.

I can say without fear of contradiction that if I had had an unstable marriage, I don’t think I could have achieved half, or even the little that I have done. I believe that coming out of a stable environment every morning to go to work is one of the reasons I have the energy to do anything I am able to do. The same applies to children and the things that they do. You need to cultivate an environment that allows them to excel outside of your home.

Many times, when women are growing up, they are told that if you are to go up, then marriage is going to become a hindrance. But I would like to testify and say that marriage, for me, is not a hindrance [to success.] And I know several other people, for whom it is not a hindrance. On the contrary, we have seen situations where the instability of people’s homes has been the hindrance they had to their jobs.

Young ladies, when you are going up the corporate ladders, there is so much competition, and one lie that people are told is that if you don’t give up your marriage, then you will not go up. It is a lie straight from the gates of hell. It is one of those that has destroyed a lot of our young people. Once you give up the values for which you stand, then, most times, people will not believe you have any values for which they should take you.

It is important you realize that marriage is an area of your life that you need to work on. Marriages are not something you enter into, and then assume that ‘you have arrived’, and then do nothing about. You have to work at your marriage the same way to tend a garden. You have got to work at your relationship every day.

… There is always something good about somebody, so when you are stuck together during Covid-19, when you cannot get out, may this season be a time for you to stop and think, ‘Lord, what are you saying to me about my [spouse]?’ It is time for you to sit and talk, and make new resolutions for the family. It is time to grow your family and relationships. It is time to get to know your children more.

Some men in this country are so busy that they don’t know which class their children are. They have no idea what homework their children do. The children are babysat by a TV. Covid-19 has made us sit together. Covid-19 is actually good for the family if we know what to do with the time, and not use it to achieve our selfish ends. Phones are a big problem to marriages these days.

We are aware that right now there are rising cases of domestic violence. Please fathers, brothers and sisters, do not be more concerned about what children eat; be more concerned that you have a relationship with your child. The problems you are going through are being experienced by people elsewhere around the world… Marriage issues are every where in the world, but also, Uganda is one of the best places to practice your marriage. We need to take advantage of this season where we are squashed together in time and space to work on our marriages.

There is nothing as wonderful as being forced into a space where two people are not talking to each other. Whether you like it or not, you have got to speak to each other. Don’t slap or beat each other… I have been married 27 years and have never been slapped by my husband, not to say that we haven’t disagreed before. We disagree a lot, but speak through our disagreements. We speak into them and move on, and we don’t keep the anger for too long. We sit together and are open to each other. 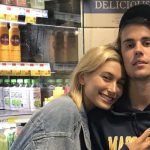 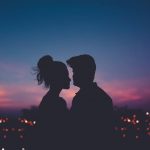 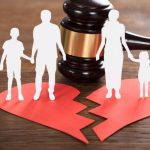