How to Become a Student Entrepreneur 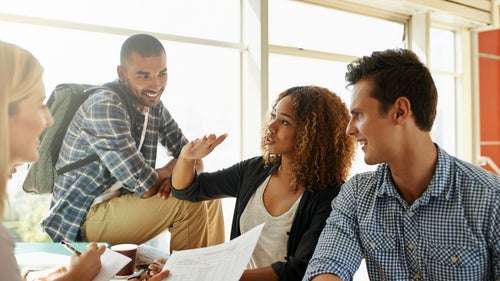 The concept of survival for the fittest has made most University students in Uganda to put on their adult shoes.

In most cases, these stories have been told by almost everybody who has been to University before, including motivational speakers, who have made it before finishing their studies.

Initially, some people who would guide those who join University advised students to stay focused to their studies, enduring for only 3 or 4 years of the course before venturing into other activities such as job searching.

However, with guidance from experts, entrepreneurship that once regarded as a disruption for scholars seems to be a necessary evil of the day.

Andrew Onen the manager at Grafix City studios one of the great companies in Kampala city that deals in graphics designs and photography said that he saved the little pocket money he had to start his business while at campus.

“I could run around town during day time and go to class in the evening for lectures.” Onen said.

According to him, he was forced to become an entrepreneur to fend for his poor family. Being an engineering student, he was not able to start a business related to his professional career since he was still in first year and also had no money to purchase equipment.

“I tried looking for a job but whatever offer i got required me to be at work till 6:00pm. When I looked at that, I noticed it would not give me enough time for studies,

“So I thought of starting up my own profit generating enterprise and a friend advised me to start by hiring his camera, as time went on, I also bought my 2nd hand camera and when I graduated, I already had a small room where i rented as my own photo studio,” he said.

During the time of interview, Onen said that he doesn’t have any regret in mixing his work work and being in class. Today, Onen is a student acquiring a diploma in Journalism and Media studies at Kampala International University(KIU) and still manages his graphics and design company, which has since grown bigger and now has two different branches in Kampala, and a sub branch in Lira town-Northern Uganda.

Just like Onen, a number of students would want to work while studying because they have a lot of needs to provide themselves with. For example school handouts, food and clothes.

Jackline Awori a student at Kampala International University and also an employee of Sites travels has talked about how working and at the same time studying has helped her.

She says it has taught her how to be responsible and she is also able to provide herself with almost all the minor needs. She has further advised students who begin to work while studying to make good connections with their classmates because they help to give notes from class and a the same time during discussions.

Ishaka Nsubuga a student at the same campus with Awori is not working but he wishes to work. His challenge is that, he does not know how to balance the two. ” I have failed to understand the magic in managing the two (work and studies) because i feel that there will be times of missing exams and lectures and also it will be little concentration,” said Nsubuga.

Becker Junior, a student from the same University says that working at the same time studying is so important if you learn how to balance the two because you can be able to provide yourself with some needs.

He says he was once a worker and at the same time student but he quit his job after failure to balance the two. “I wish to go back to work only if i can get someone to guide me on how to balance it with school,” he said.

Mbuga Jamir was once a student at KIU and he used to go to work at the same time advises students who want to study while working to first make a time table and know when to be at work and which time is for school.

Five gadgets campus students should lookout for in 2014 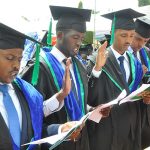 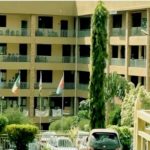 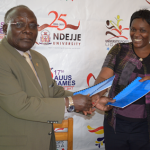