Over the years, the European Union has worked closely with different stakeholders to restore peace, stability and tackle cases of unemployment, crime, sex exploitation in the slums of Bwaise, Kisenyi, Kabalagala and Katwe through a variety of projects.

A survey conducted by the International Organization for Migration (IOM) in four slums of Bwaise, Kisenyi, Kabalagala and Katwe named the 12 strengthening Social Cohesion and Stability in Slum Populations baseline Study Kampala- Uganda (2017) indicates that poverty is one of the biggest causes of grievances in slums. It also shows that the percentage of people with a monthly income of less than 100,000 is 53.3% while 31.7% of youths aged 15-35 years are unemployed.

The EU aims at increasing knowledge of conflict drivers in slum communities of Kampala, Strengthening capacity of Action for Fundamental Change and Development (AFFCAD) to combat political, social and economic drivers of conflict and radicalization, provide socio-economic opportunities for youth in slum communities and to monitor the delivery of social services.

According to the website, the increased capacity and resilience of most at risk communities to resist radicalization and combat violent extremism, increased capacity among relevant security agencies in Kampala to combat radicalization and violent extremism and to respond to human rights abuses in line with international best practices, Relevant Government authorities in the education, health; urban infrastructure and JLOS sectors have the capacity to provide conflict sensitive and non-discriminatory public services and Vulnerable youth in target communities access employment opportunities and financial services.

Some of the projects include

In the last two years, one project that has done a lot to bring attention to issues of life in Kampala’s slums is the Strengthening Social Cohesion and Stability in Slum Populations (SSCoS) project. The 42-month project started in August 2016, wholly funded by the European Union with 4.3 million euros

The SSCoS project aims to address the key drivers of radicalization and intercommunal conflict in informal settlements. It does this through expanding access to vocational training, employment opportunities and small business start-up support; engaging key government agencies that serve slum communities such as the Police; building capacity of local civil society; and organizing anti-radicalization messaging campaigns.

According to Sahra Farah, the SSCoS Project Manager, the support of the European Union has been instrumental in addressing root causes of radicalization and intercommunal conflict, but also of irregular migration.

“The European Union has been a generous donor when it comes to improving the lives of youths and women in slums,” says Farah, whose previous experience includes working in Nairobi’s Kibera, one of Africa’s largest slums. “With EU funding, the SSCoS project is helping to improve stability in slums and reduce the risk of young people joining radical groups.”

Farah says there are several things that could cause a young person to join radical groups, including two that were identified by the SSCoS project’s baseline survey: poverty and unemployment.

“That is why this project has been trying to mitigate the issues related to poverty and unemployment.  This is done through giving young people a chance to get vocational education and an opportunity to start a small business.”

The project has also played a role in starting cooperatives in Bwaise and Kisenyi, in order to support vulnerable youths and women to access affordable credit to start and build their businesses, and return the money so that another person gets a chance to borrow.

In the past year, among other activities, the project has organized the Beera Clear messaging campaign, urging slum communities to shun violence. Hundreds of students were trained to use music dance, and drama against radicalization and violence, including a well-attended gala at the National Theatre.

“Beera clear” was officially launched in September 2018, followed by a season of messages on radio and TV, which reached 28.8 million listeners and viewers across the country.

The SSCoS project has also been working to build the capacity of the police to use human rights-sensitive approaches in their work. This not only reduces the risk of young people being radicalized, it also helps improve relations between the people and the Police. Up to 175 police officers have been trained (including as trainers) in Kampala, Greater Busoga and Greater Masaka.

A closely-related aspect of the project was the town halls, community meetings organized by the project to bring the Police and slum communities on round tables to talk to one another. To date, more than 1700 people have attended these meetings, with more to come.

To further improve stability, the project is setting up early warning centres at three police stations (Old Kampala, Kawempe and Kabalagala). Each of the centres, soon to become operational, was equipped with a Toll-free line 0800279650

Martin kiiza a youth from Bwaise notes that the Beera clear campaign helped him realize his dream and gave him the courage to work hard. He says they were advised to avoid drugs and violence which saw many youth changing.

In a report conducted by IOM in 2017 about the 12 strengthening Social Cohesion and Stability in Slum Populations baseline Study Kampala- Uganda indicates that;

Sources of Grievances in situations like Poverty stands at 51.7%, Unemployment 38.0%, Family disputes at 22.6%, Different political ideologies at 22.7, Religious extremism is at 10.3 %. 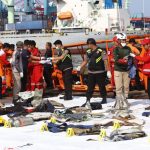