Aston Villa will meet FA Cup holders Arsenal in the final next month after goals from Christian Benteke and Fabian Delph gave them a 2-1 win over Liverpool in an entertaining semi-final at Wembley on Sunday.

Goals by Christian Benteke, the Belgian’s ninth in his last seven games, and skipper Fabian Delph gave Villa victory over Liverpool in the FA Cup for the first time since 1897 when they became the second English club to win the league and Cup double.

Liverpool took the lead after 30 minutes through a Philippe Coutinho but Villa fought back strongly with Benteke leveling the score within six minutes.Fabian Delph goal which he scored 10 minutes into the second half was enough to see off the tie with Liverpool failing to equalize.

The new  Astoni Villa manager   Tim Sherwood who has been in charge for two months master-minded Villa’s deserved win against Liverpool.

Sherwood has given the club back its self-belief and pride.He praised his player’s efforts but mostly the fans who were behind their Team till the final whistle,he said,

“dragged us back into the match after we went behind. They never stopped believing in us.”

They now have the chance of winning the Cup for the first time since they recorded their seventh win in 1957. It will be their first final since 2000 when they lost to Chelsea in the last FA Cup final at the old Wembley.

Astoni Villa who have won seven FA Cups,the European Cup in 1982 and seven league titles will be looking to add onto another FA Cup title when they take on Arsenal at wembley on May 30th.

Tim Sherwood who  has been   at Villa Park since February after replacing Paul Lambert as manager, told reporters: “We bamboozled them. They could not cope with our tactics and I think we were the better side.”

Sherwood admits his side will be underdogs in the final with the Gunners looking to defend their crown and secure their 12th FA Cup.

Liverpool manager Brendan Rodgers said: “We were nervous for some reason. Maybe when you want to win something so much, perhaps it plays on your mind. We were second best today.”

Liverpool skipper Steven Gerrard’s dream of bringing his 17-year career at Anfield to a close with a cup winner’s medal on his 35th birthday in the final on May 30 all come to an end after they were beaten by Aston Villa on Sunday.

A fumble from Reading goalkeeper Adam Federici in extra time handed holders Arsenal a victory and a place in the FA Cup final.

The Royals keeper, who had made some fine saves earlier in the match, allowed Alexis Sanchez’s low shot to squirm between his legs and over the line on 115 minutes.

Wenger told BBC Sport: “It was a very difficult game against a well-organised, physical and resilient Reading team. They defended very well.

“After half time we didn’t have the same intensity in the first half. We started to suffer and paid for it. Reading were ready to die on the pitch to get to the final and we have to congratulate them on their effort today.”

Read more on the FA Cup 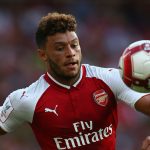 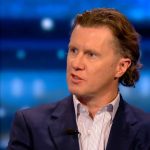 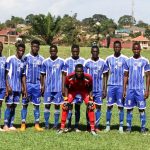