The launch took place at Mosa Courts in Kampala.

“This year’s edition will include contestants from other African countries. Ugandans should stop disrespecting plus-size people because they are also human beings like the slim models,” she said during the press conference to launch the contest.

The contest will take place later in the year.

The last edition of the Miss Curvy contest was held in April 2019 amidst controversy.

Some activists labelled it as a body objectifying and shaming event.

On the other hand, others argued that the contest was meant to showcase Ugandan beauty in its full glory, by Ugandan standards and not those set in Europe and the U.S.

Kadaga has been on a roll, promoting Uganda.

Will the sun shine again: As we welcome Feb, is 2016 fathering the yellow innovations
Kampala International University passes out 2985 graduates 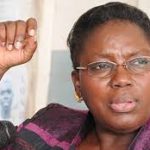