Islamic University in Uganda Football team has grown through the taste of time and is wining major games in the region and beyond. The team has also played a big part in instilling morals in students especially the players.

In an interview with the captain of IUIU football team Mr. Mubaraka Kaggwa on the history of IUU team this is what he has to say;

In 2018 the team joined the university league which is always played throughout the second semester. Out of the two tournaments and leagues, IUIU has had a good performance in the national inter-university games. It has managed to go up to the level of final two times in 2015 and 2019.

Watch the video below of IUIU team playing as it talk about their history.

Kaggwa said the criteria on how players of IUIU are chosen is;

“In the first place, we should know that the university is involved in many different leagues and tournaments. In those different tournaments and leagues involve different criteria of choosing a player,” he said.

He said some of them its only students who are allowed to play. While others involve the community players specifically in the regional league.

There are other additional criteria that are considered. These include; the performance of the player, discipline, reliability, and age specifically for the university related tournaments.

Benefits of being in the team

Kaggwa outlines some key points on the benefits of being in the team of IUIU as below;

How do you as a player balance football with study

According to Kaggwa, it’s very difficult to balance football with studies. He says these are two different activities that require maximum time and need ample programming.

In addition to that, the university sport administration and the university at large are aware about the footballer that it doesn’t confined them in football activities when it’s time for academics.

According to Ngenyo Eric a player of IUIU, what matters is you as an individual and the way you balance things. He says even when he has a match and it is starting at 5:00pm, he has to attend lecture up to around 4:30pm then leave to prepare for the game.

He added that his best time for reading is in the morning and evening hours. He makes sure that he copies the notes on the lecture he has missed during the game.

What other students say about IUIU team

“We are happy that the team has started giving results that each and every one would need to have a look. we always desire that positive result the team is bringing out, we are happy that the team is winning, you see the composer in the team, the coach likes the team, everything, the moral the campus has tried to bring in the boost in the player that they have started showing us playing entertainment football, purpose football, showing us they can really compete even in the upcoming university football league, we are happy that our team is the best in Mbale because they are playing in the national league, when they entered the university game off recent, they reach the final of the inter-university game in Kisubi and we are glad that we are also having a silver medal here in our university. Am so glad that our team can now compete, really improved, have good players, good team, the composer in the team, good coach and the management is also good,”

A video of Rashid talking about IUIU team.

Challenges you face as a students who play for them

In an interview with Rashid one of the players on the challenges they as player face in the team, he also outlines on some the challenge as below;

Challenges as a football team

The first challenge is that we compete with outside terms which comprise of non-students who have maximum time to prepare for the game. This may not be the case for our team where students have to concentrate on academic and football at the same time.

There is a challenge of limited facilities for example training equipment.

There is also a challenge of motivation which may not be only monetary but some other time the team travel for game without supporters.

Achievement of the team

“IUIU as a team has managed to go up to the level of final two times that is in the year 2015 and 2018”. This is what the team captain Mr. Mubaraka Kaggwa said

In the way forwards on what the players and the team should do, Mr. Kaggwa says;

Players should learn to work hard with those difficult condition in order to outcompete the opponent.

The issues of supporters to be talked about in terms of organizing a fun group that should take responsibility to support those who wish to travel with the team.

“Finally, to be sincere, at the present time, we have a team which is very promising, which can give you a fore thought for prosperity for the university in terms of sport. I as individual, am grateful to the university for all the support that it has extended to the term which I believed it is the source of its success. I genuinely recognized the effort of our beloved coach, all the supporting staff around him, my fellow footballers, our supporters, our opponents that they stand to be the reasons for the present’s success and all the hopes for more success” Mr. Kaggwa said. 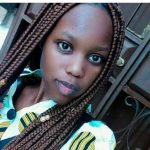 A brief from IUIU Guild President 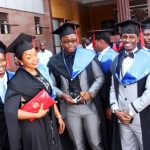 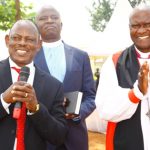