The Rector of the Islamic University in Uganda(IUIU) Dr. Ahmad Kawesa Sengendo is now the Assistant Secretary-General in charge of Economic Affairs of the Organization of Islamic Cooperation- OIC.

This follows his appointment at the World Muslim Body during the 47th Council of OIC Foreign Ministers sitting in Niamey, Niger on the 28th of November 2020. He was then sworn in to replace Ahmad Ssenyomo who passed away on the 11th of September this year.

The appointment, spearheaded by Uganda’s Ministry of Forein affairs, is part of the deliberate governments effort to place Ugandans in senior positions in regional and international organizations.

While delivering his speech at the swearing-in ceremony, Dr Sengendo expressed gratitude to the government of Uganda and the OIC family for nominating him to the OIC for consideration and for electing him tor the position respectively.

“I want to thank the government of Uganda for nominating me and you the honorable ministers for giving me the honor to make my contribution to the attainment of the goals for which this organization was established” Dr. Sengendo stated.

He committed to deliver on his mandate and contribute to the achievement of the goals of the Organisation.

Assistant Secretaries at the OIC are nominated by the Organisation Secretary-General for a term of 5 years under the principle of equitable geographical distribution and with due regard to the competence, integrity and dedication to the objectives of the Charter.

The Department of Economic Affairs where Dr. Sengendo shall be working is entrusted with the overall coordination of the implementation of OIC economic policies, programmes and projects of the OIC, as approved by the Member States at their relevant OIC summits, Conferences of Foreign Ministers, sectoral ministerial conferences and intergovernmental meetings.

Dr. Sengendo is therefore charged with responsibility of advising the OIC Secretary-General on socio-economic developments in the Member States, including issues bearing on fostering partnerships with member state governments, international organizations and civil society organizations.

Other responsibilities include helping member states find multilateral solutions to their respective national developmental challenges and priorities through the various technical assistance and capacity-building support by relevant OIC donor countries.

Dr. Sengendo has served the Islamic University in Uganda (an affiliate institution of OIC) in different capacities since its inception in the 1987 to date. He served as a University Secretary from 1987-2001, Director Kampala Campus from 2001-2004 and headed the institution as University Rector from 2004-todate.

Dr. Sengendo’s leadership has led to growth and expansion of the University from one campus to four, from 88 students to now over 10,000 students from 23 countries. The University now boosts of over 30,000 graduates. 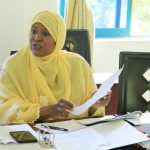