Jose Mourinho believes that the Ballon d’or, the trophy awarded to the world’s best footballer, should be scrapped,Since its not one’s effort.

The Chelsea manager has sided with Arsene Wenger in calling into the question the legitimacy of the award.

Speaking last year, Wenger said he was ‘totally against’ the Ballon d’Or, and in a wide-ranging interview with the Telegraph, Mourinho moved to side with his great Premier League rival.

‘I think Wenger said something that is interesting; he is against the Ballon d’Or, and I think he’s right, because in this moment football is losing a little bit the concept of the team to focus more on the individual,’ said Mourinho.

‘We are always looking at the individual performance, the individual stat, the player that runs more. Because you run 11km in a game and I run nine you did a better job than I did? Maybe not! Maybe my 9km were more important than your 11.’ 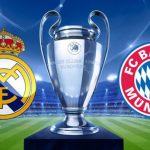 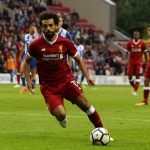