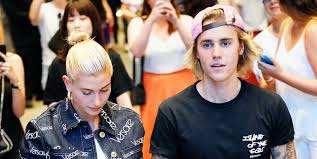 Justin Bieber has finally proposed to Hailey Baldwin’s hand in marriage at a restaurant in the Bahamas, according to US reports.

The 24 year old “Sorry” singer and model Hailey Baldwin have been in a relationship for just one month before the engagement was made public.

Sky news report that as per US entertainment website TMZ, eyewitnesses claim to have seen Bieber  asking for 21-year-old Baldwin’s hand in marriage at a restaurant in the Bahamas on Saturday night.

Bieber’s security team is believed to have told others at the restaurant to put their phones away before the singer popped the question.

Baldwin’s father – actor Stephen Baldwin – appeared to confirm the news in a tweet, before quickly deleting it.

In his original tweet, The Usual Suspects star wrote: “Sweet smile on my face! me&wife (Kennya) Always pray 4 Gods will!!

“He is moving in the hearts of JB&HB. Let’s all pray for His will to be done. Love you 2 so much!!! #Godstiming #bestisyettocome.”

He also tagged Bieber’s parents Jeremy Bieber and Pattie Mallette and wrote “congrats”, while sharing a verse from the Bible.

He shared a photo of the Sorry singer against a sunset, and wrote: “@justinbieber Proud is an understatement! Excited for the next chapter!”

New movies to watch in June