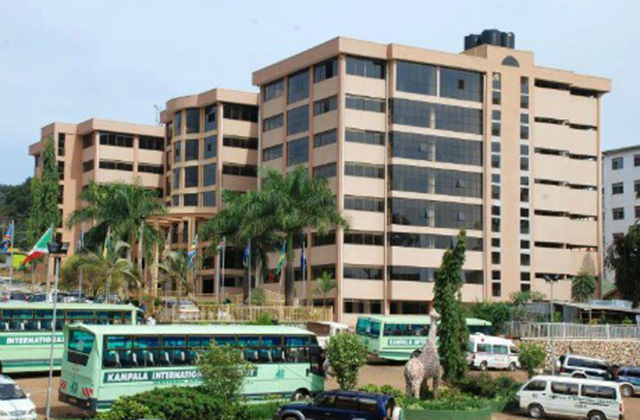 Kampala International University, the leading private University in Uganda has alot to boast over if not to sell to other institutions.

All students we interacted with at Kampala International University said the institution has proved an impressive environment for studies like, beautiful gardens, a well-stocked library operating both online and offline.

Francis Tumwesigye, bank agent in Kabalagala, KIU is well known for spearheading the education sector in Uganda and the rest of East Africa as it has opened up quite a number of branches.

It boasts of a well-established medical school which appears to be one of the best in East Africa. He further went on to mention a few areas where there is need for improvement such as lowering the tuition paid to allow many students have access to education.

Accordingly, Mr. Ssebugenyi Ezra, the institute has provided employment for over 2000 people around the area, supporting of sports with multiple facilities available on the premises, philanthropic gestures like scholarships for the underprivileged and also improving on the security around the area.

The University has succeeded in uniting people of different nationalities, cultures, religions through performing school activities such as cultural gala.

However, even without tremendous strength, KIU has its falls, Irene (not real name) third-year student of mass communication noted with concern the poor administration exhibited in some departments where students’ marks are lost even without clear explanation from the concerned authorities.

Another law student who preferred anonymity revealed that there is need to purchase more books with in the library, the student further addressed the challenge of late payment charges preferred against students especially those that may not be in position to clear tuition balances before time, the need to increase on the number of professional lecturers and also to address the issue of students’ supervision at internship level since many students are ignored during internship training with the different organizations they are attached too students narrating.

There was also an interaction made with those living around KIU and these had this to share;

He also suggested that there should be an online platform where students should be allowed to study online as this may decongest the institution and also allow those students from far places to access education.