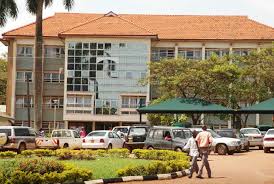 According to the National Council for Higher Education (NCHE) investigation report that was released yesterday (daily monitor) indicate the most Universities in Uganda are working  below minimum standards.

Some universities were found to be offering unrecognised academic programmes while others have a low student enrollment and academic staffing levels that do not meet operational requirements.

Below are the Universities that NCHE believe are working below standards.

The NCHE also noted that the university had a good staff development policy, scholarships which cover tuition and there was evidence of ongoing research and publication.

Mbarara University of Science and Technology the investigations discovered that it offers unaccredited PhD programmes and affiliations despite of the organised managerial structures and relev ant science courses.

Gulu University had unpaid salary arrears for staff of up to Shs700 million, staff were promoted to senior lecturers and associated professors without PhD qualification and other requirements.

Ankole Western University had issues with statutory remissions, the quality of infrastructure  quality assurance and also had a number of staff members indicated on the staff list which does not appear on the staff payroll.

Despite of the fact that the university had a good governance structure, its land titles had not been transferred into the university name, non-submission of annual reports to NCHE and had inadequate financial resources evidenced by outstanding obligations.

Valley University of Science and Technology has low student enrolment, poor quality furniture in some lecture rooms, no separation of powers between the owners and the management and the university management not fully constituted.
The office of the Vice Chancellor was not befitting and the university administrative offices were not properly demarcated. However, the university had a good quality spacious infrastructure and also engaged in some projects to promote community developments, among others.

University of St Joseph had inadequate staff with no professor, lacks clear development policy, some staff indicated as full staff were indicated elsewhere in same category and the process of transferring the land from the Archdiocese of Mbarara into the university name was still lacking.

Uganda Baptist Seminary Jinja registers student enrolment as low as 200, accreditation of all the programmes mounted by institutions have expired and it is heavily dependent on donors and gifts.

Livingstone International University Is understaffed with only 37 members, has few senior staff with the NCHE advising the management to reduce on the number of part time staff, recruit more staff and strengthen the staff associations.

Kumi University The institution has no human resources, has under-qualified academic staff, most programmes have expired and some have been submitted to NCHE for accreditation, but payments have not been made. 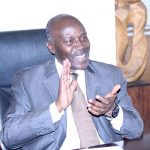