Kayanga the daughter of the deceased of Kamuli Municipality Member of Parliament Rehema Watongola was seconded by both her family members and electorates.

“Kamuli voters have demanded that a candidate from the family be presented to them to stand in Watongola’s place  and we could not turn down the demands of the voters, hence the decision to bless Kayanga,’’ Hajji Badru Watongola the deceased’s husband explained.

According to Kamuli District returning officer Mr. Kenneth Kayabwe, Baroda Kayanga chose a chair as her campaign and election symbol.

Kayanga who was her mother’s political assistant, promised to follow Watongola’s legacy and triumph in next year’s general elections.

“I was working alongside mother and would not sit back as her legacy is watered down by self-seekers who lack a proper development agenda for this new municipality,” she promised. 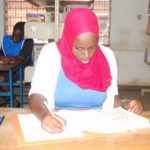 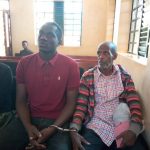