After spending two years off the stage, the “Embeera” singer is set for a comeback concert dubbed “Embeera the genesis,”

The singer has announced his concert and venue, slated for September 3 at the Kololo Airstrip.

Levixone, who had a sold-out concert at Lugogo Cricket Oval in 2018, had plans to move his next event to Namboole after he filled up Lugogo cricket oval, just months before the lockdown.

Then, he announced plans to stage a concert at Namboole Stadium dubbed “Tujjuze Namboole ku Chikibombe”

Levixone revealed that he always had the dream of performing for masses at the Namboole stadium which probably seats 46,000 people and has had few concerts that have made history like Lucky Dude’s 2000. With the stadium closed for renovation, the closest is Kololo airstrip.

I Wanted to Be a Boxer — Levixone 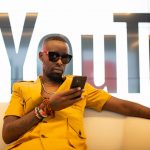