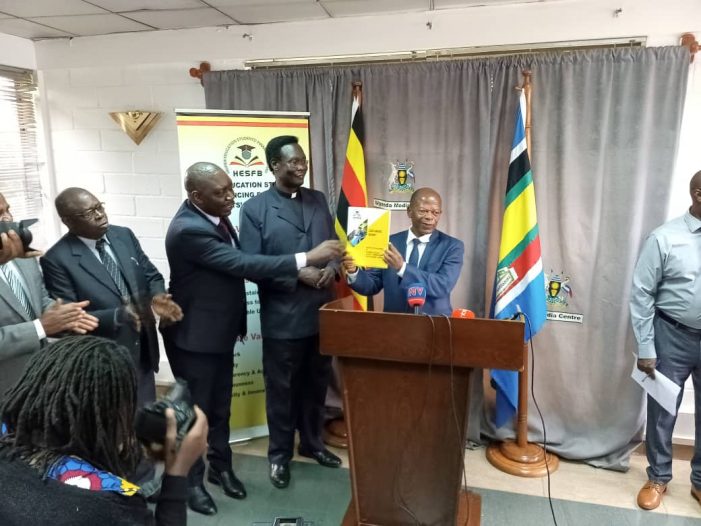 The government of Uganda has released a list of Undergraduate Students who will benefit from the loan scheme as per the 2019/20 academic year.

The students who were selected came from accredited universities such as; Makerere, Kyambogo, Mbarara, Busitema, Gulu, Muni, Nkumba, Ndejje, Bugema, and Nkozi. Others are Islamic University in Uganda, Kampala International and Uganda Christian University

The list was released on Tuesday by the State Minister for Higher Education, Hon. Dr. JC Miyingo at the government’s media Centre in Kampala.

The scheme will cover student’s tuition fees, functional fees, research obligations and appliances and aids for people with disability.

“In awarding these loans, we have a deliberate effort to ensure equity, regional balance, gender balance and socio-economic balance. Many upcountry districts have contributed fairly many students to the list of beneficiaries,” Dr. JC Miyingo said.

According to the statistics, a big number of males were awarded the loan scheme totaling to 66% with the remaining percentage being for females.

Rev. Fr Prof Callisto Locheng who is the chairman board of the scheme said that students who got government scholarship were not considered for the scheme.

He also adds that the loan scheme wasn’t beneficial to the students who had dead years unless they provided clear evidence.

“For dead years, students will have to provide evidence on why they took such a decision and we shall act accordingly. Some people request for dead year based on genuine reasons,” he argued.

According to the Higher Education Students Financing Act, 2014, repayment of the loan shall be charged on the income of the person who received the loan. Repayment starts a year after the beneficiary has completed studies, whether employed or not.