Across the tech world and apps ecosystem, the progress in technology has continued to see app developers innovate platforms among these include interactive app with intuitive platforms cutting edge of mobile technology.

An unambiguously of high-grade innovation, developed legally dubbed “REACH THE PRESIDENT” application has been designed by Makerere University Mechanical Engineering students; Musaazi Jessy and Agaaba Isaac. The App is now available on Google Play and can be downloaded for free on Android smart phones.

You have a pressing issue of national importance and you wanted to meet the Ugandan President? Scratched your head a thousand times and got a lead but the bureaucracy became a stumbling block? Look no further.

The new application “Reach the President” bridges the gap between you and the president. It allows the ordinary citizen to engage with the president of Uganda without any hustle.

Zahra Abdul talked to the developers and in the Video below, Musaazi Jessy explains how the App “Reach The President” works. 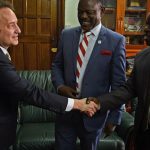 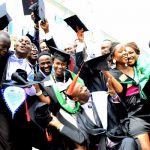 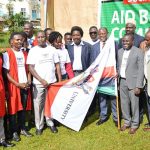