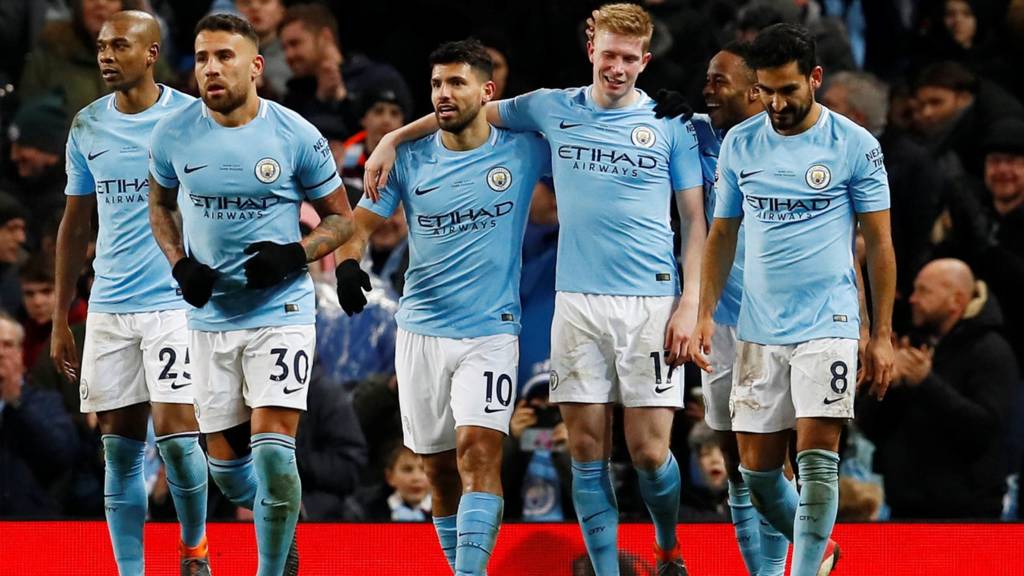 It was always clear Manchester City would attract precious little sympathy when the injuries began to stack up at the end of 2017. Striding away in the title race, a few absentees hardly signalled the end of the world for such a rich City squad. Despite this, there was considerable anxiety among City fans that the deep squad was close to breaking point in certain areas.

Now, after a weekend in which everything seemed to fall City’s way, anyone nervous about league leaders’ immediate prospects have had their unfounded worries dispelled.

A 5-1 thrashing of Leicester — able and spirited opponents for 45 minutes at least — was followed a day later by nearest challengers Manchester United foundering at St James’ Park Newcastle. The gap at the top of the Premier League, now more of a gulf if truth were told, has been further stretched to 16 points.

City, facing no more league games this month, can rest assured that they will — despite their prolonged absence from league action — begin March at least 13 points clear and with a game in hand.

The reason for the big break is solely positive, of course. Activity in three different cup competitions will keep City busy between now and the end of February, when they travel to Arsenal on March 1. Of more immediate interest is a trip to Switzerland to play the first of two Champions League round of 16 games with Basel.

A week later, City are due in nearby Wigan for the fifth round FA Cup match that will precede a Wembley date with Arsenal to dispute this season’s League Cup final. By the end of the month, City could potentially have clinched their first trophy of the season, made their first strides toward the quarterfinals of the Champions League, and moved into the last eight of the FA Cup. If February pans out like that, Pep Guardiola’s players will begin to believe anything is possible for the rest of their campaign. 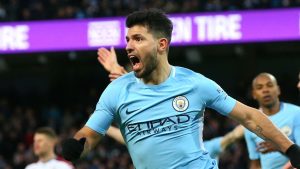 On top of all this, City’s injury crisis is starting to abate. Phil Foden and John Stones returned for the Leicester game and are due to be followed in double quick time by David Silva, Leroy Sane, Fabian Delph and Gabriel Jesus. Going into March with a full squad will brighten prospects that City can hold their own under increasing pressure right through to the finishing tape.

The fear up to now has been of burn out. Only last week the Telegraph led with the theme that City were running out of gas. That theory was dismantled this weekend by a City side playing the same deliciously crisp possession football that has mesmerized opponents all season. Nobody disputes that the quality and effectiveness of this side’s football has all but earned them the league title. It still has to be rubber-stamped, but only a collapse as dramatic as it would be unexpected can stop Vincent Kompany from lifting the Premier League trophy, perhaps as early as the Manchester Derby on April 7.

As this delicious possibility sinks in for City fans, further progress in the FA Cup and, in particular, the Champions League will become a real possibility. The club’s power brokers in Abu Dhabi have made no secret of the fact that it is continental exposure that they now crave most for this City team. On the verge of a third league title of the new era, City have managed only a single semifinal appearance in the flagship tournament so far. On that grand occasion, Manuel Pellegrini’s timid tactics saw to it that the club went out against Real Madrid with nothing more than a whimper.

Things right now are markedly different for City. Imbued with the confidence only such an unprecedented series of results can bring, the players clearly have the belief to succeed. With players returning to health, this squad is capable of giving the best of the continent’s big hitters a run for their money.

There may be other opportunities in the future, but one cannot help thinking that this year, with the simultaneous rise in form of the side’s most influential players (Silva, Kevin De Bruyne, Fernandinho, Raheem Sterling and Sane) and the vast improvement in some of the squad’s previously weaker performers (Nicolas Otamendi, Delph), represents a golden opportunity to steal a march on a field of contenders — both domestic and international — that seem in some part below par this season.

Add to this the avalanche of goals from Sergio Aguero, plus the truly remarkable contribution of Ederson in goal, and it is not difficult to see why the sky remains the limit for Manchester City’s 2017-18 vintage.