Rapper Mun G has been doing music for 10 years, and throughout he has been dropping chart topping songs.

He is popular for songs like ‘Ssejusa’, ‘Bintwala’, ‘Weyayu’ and ‘ondisa bubi sente zange’ among others. He normally draws his inspiration for his songs from day to day situations in the country.

To celebrate his milestones, Mun G has revealed plans to stage a post Covid-19 concert.

He says it is going to be his best concert ever.

“I want to celebrate with my fans. I want to show them that I can perform and that I am the greatest they got,” Mun G bragged.

On how he has managed to stay consistent, Mun G says has never deviated from his authentic self. 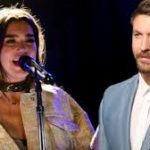