NTV Uganda has confirmed that the popular sports show “NTV Pressbox” will be no more.

The unpleasant announcement of scrapping one of the most viewed sports shows on the land came in through Pressbox’s social media platforms on Monday, May 2, 2022, when it was expected to air.

“To our great audience, Four years with you doing #NtvPressbox on NTV Uganda has been a thrilling experience. We’ve loved every bit. Thank you to NTV and our great viewers for always watching and following the show. See you soon. 👀 Pressbox team,” a statement from Pressbox reads.

Pressbox has been a four-man star-stubbed sports programme airing every Monday 10PM on the NTV Uganda channel.

It was manned by renowned Ugandan sports journalist Andrew Kabuura with other notable hierarchy sports journalism breeds; Andrew Mwanguhya, Mark Ssali, Ismail Dhakaba Kigongo, and Joel Khamadi, all delivering professional and factual analysis on sports scenarios both in the country and around the world. 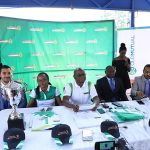 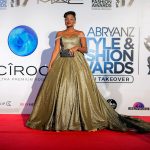