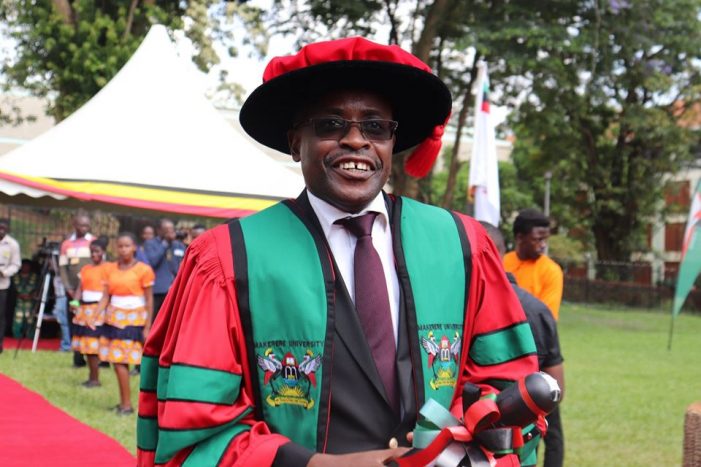 Doctor of Laws is a doctorate-level academic degree in law, during the 70th day Makerere University graduation ceremony on 14th -17th 2020 only one student graduated with a degree of doctor of law (LL.D). This was Dr. Tusasirwe Benson.

TUSASIRWE Benson is a lecturer School of Law Makerere University; he joined the Law School in 2001 and is attached to the Department of Public and Comparative Law.

He has also researched and presented papers on media law, constitutionalism and governance, education law and policy and corporate finance law.

Dr. TUSASIRWE Benson’s study was on the judicial enforcement of the rights to freedom of political assembly and association in Uganda.

Mr. TUSASIRWE Benson investigated the state of rights to freedom of political assembly and association in Uganda and the role that courts have played in their enforcement.

According to his study, he found that although the concept of human rights has achieved reasonable normativity, on the ground the state of those rights remains precarious due the ideological character or content of the rights, and the political and socio-economic environment.

While the courts of judicature have made bold decisions in defence of the rights, these have not gone far enough. It is contended that in the absence of a fundamental change in the political and socio-economic order, courts will not conceivably act as consistent guardians of the rights.

The study was funded by Makerere University and SHUREA project, and was supervised by Frederick Jjuuko and Prof. Joe Oloka-Onyango

Only One Graduand Receives a Degree of Doctor of Laws during the 70th Makerere University Graduation Ceremony added by Miiro Allan on January 20, 2020
View all posts by Miiro Allan →