According to Mr. Esagala, the major aim of the photo was to show the kind of unprofessionalism of the Uganda Police and how they violate rights.

“I am happy that this particular image won but I am saddened that the police officers are yet to be brought to book,” he said.

Judge Yasuyoshi Chiba lauded the photographer saying that the photo is “a perfect example of a press photo image.”

“A pulled tie stretched by the force of police officer, a smoke of tear gas in the background, the widely opened mouth of resisting student – details of this single photo make us stop to think,” Chiba said. 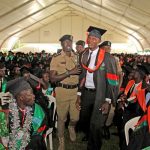 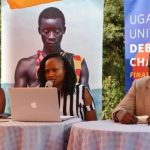 Four Universities set to compete in debate
Makerere university: The tale of the woman in the moon at full moon viewing 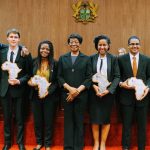