Mikel Arteta‘s men have won nine and lost none of their 11 home league matches so far in 2020.

Leicester, meanwhile, have the best conversion rate in the division with 12 goals from 49 efforts, but they have struggled in Jamie Vardy‘s absence recently and travel to the Emirates without a goal or a point in the league since their unforgettable 5-2 victory at Manchester City last month.

Arsenal were without both Willian and Dani Ceballos for the midweek win over Rapid Vienna, but neither problem is thought to be serious and the summer arrivals are expected to be available for this match.

Rob Holding is unlikely to feature again until after the international break, though, having pulled out of the Man City lineup after suffering a hamstring injury in the warm-up.

Pablo Mari, Calum Chambers and Gabriel Martinelli also remain sidelined for the Gunners, who are set to welcome a number of first-teamers back into the starting XI after making changes for Thursday’s game. 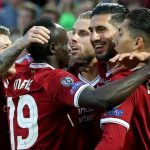 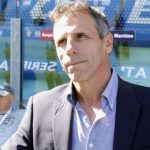