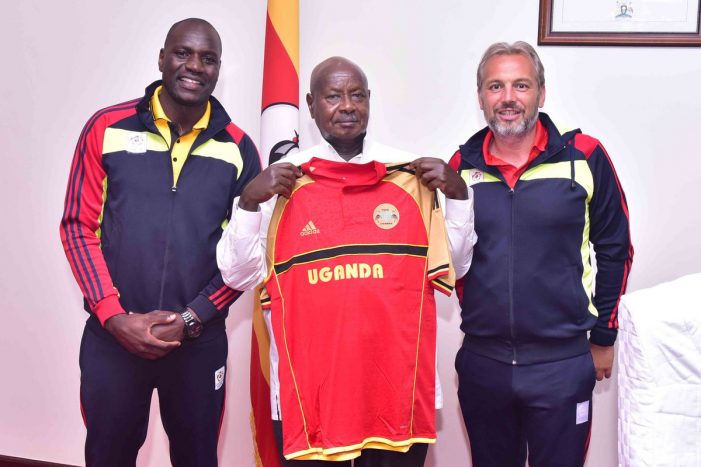 President Yoweri Kaguta Museveni has permitted a plane that will help travel the national team to Lesotho ahead of African Cup of Nations clash.

The resolution came on Tuesday evening at the Entebbe State House as the Country was celebrating the 56 years of independence.

The support from the President is a sign that he follows and loves sports. Football has been picking good results partly because of such support from the fountain of honour and office of Education and Sports

Uganda is playing hard to qualify to the African Cup of Nations tournament that will be held in Cameroon in 2019.

In his address with the players, President Museveni advised managers to embark on more training and good diet to ensure that the players’ strikes have power to force in a goal after he watched the recent games in Gabon

The government will charter a plane to transport the team to Lesotho for their Africa Cup of Nations encounter next Tuesday. I hope the team maintains their top spot and qualifies for the 2019 championship in Cameroon. Each player will also receive a token of appreciation. I watched some of their games in Gabon but noticed their shots were lacking in power. I hope the managers can do something about the diet and training to ensure the players are stronger, like the late David Otii was.

Uganda’s team captain Denis Onyango also gave thanks to the President and the First Lady Janet Museveni (Minister of Education and Sports) for their continued support to Uganda’s football.