President Museveni has ordered the re-appointment of Prof Waswa Balunywa as the Principal of Makerere University Business School (Mubs).

According to a letter dated 28th May 2018 to the Minister of Education, Ms Janet Museveni, the President of Uganda said Prof. Balunywa has always been on the liberation side ideology besides being an active administrator.

The letter also noted the MUBS has not been involved in strikes.

His re-appointment follows the expiration of his contract that prompted the university council to appointed Prof. Moses Muhwezi to replace him in acting capacity.

The issue of whether he should be re-appointed or not has caused public debate and contradiction among those in favour and against his re-appointment.

Below is a copy of the letter; 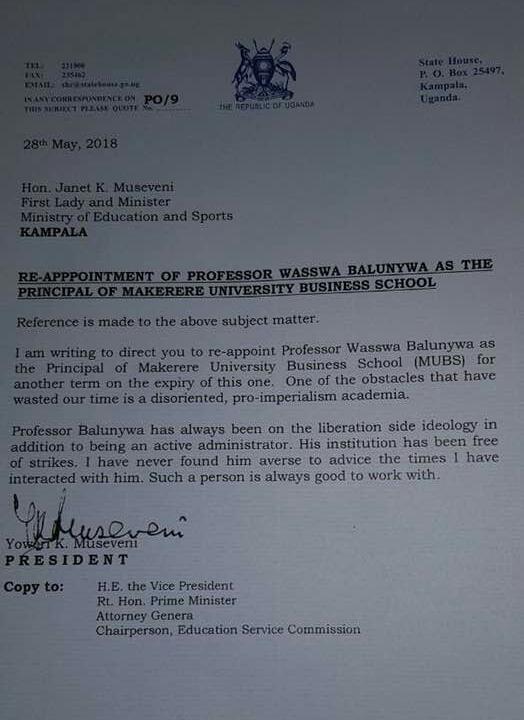