Residents Praise I.U.I.U for its Contribution to the Community

Islamic university in Uganda (main campus) is an institution of higher learning located in Nkoma, Mbale city,  that has not only provided high quality education but also contributed to the social, economic growth and development of the areas around it through the provision of jobs, market for their business.

(Click on the link for directions on google maps)

Katuwa Karim one of the longest serving casual workers is a cleaner at the Islamic university in Uganda says he joined I.U.I.U in the year 2009 and worked until 2012 when a casual labour recruitment  called job link was introduced. Karim was later incorporated into a company is glad to have witnessed the opening of some structures like the boys hostel known as Abu Mayanja.

Fatuma Kagwa, another casual worker who is a cleaner says due to the existence of the university she has been able to acquire a job which has enabled her achieve a number of things, educate her children, acquired a smart phone and also bought a cow which is soon calving down and she hopes to have milk for her family.

Meanwhile just opposite the university, is a small market that has developed, due to the existence of the university. The students from the university have become the central customer base for the Business around Nkoma. Such businesses have turned areas around the university into a busy center and they include food and fruit vendors, shops, petrol stations, guest houses and supermarkets.

Madoi lolonde, the director of Nkoma supermarket says he has been able to find self-employment, educate he’s children and also built a house where he lives with he’s family.

The university also has a health centre that conducts community outreach programs that free of charge to the areas around the campus and beyond.

As a contribution the surrounding community, the university also started a radio station called iuiu fm.

Being a religious institution, the radio teaches Islam doctrine and also other programs that a developmental to society.

Mr ,Yusuf Mayanja Musisi  the station, says the radio organises annual agricultural seminars to teach farmers on the modern ways of farming to enable them improve on their livelihood through commercial farming.

Shaban Magembe one of the beneficiaries of the seminars organized by iuiu FM says the agricultural programs enabled him to improve on his poultry farm, cattle, passion fruit, and growing.

Shaban says that thanks to iuiu FM, he has been able  to buy a plot of land and cater for he’s family. 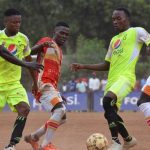