Rwanda ,To Launch A Centre Dedicated To Artificial Intelligence.

Necessity is the mother of invention, and Rwanda’s government seems to understand this more than most with the launch of the Centre of the Fourth Industrial Revolution (C4IR). This makes Rwanda the first African country to launch centre dedicated to artificial intelligence.

“With the advent of the Fourth Industrial Revolution and the rapid innovations witnessed during the Covid-19 pandemic, there is an increased urgency to develop digital and technological capacities to build more resilient systems for a healthier society and more sustainable economy,” said Rwandan Minister of Information Communication Technology and Innovation Paula Ingabire

Rwanda has launched its C4IR, saying it will “work with stakeholders around the world to design and pilot new approaches to technology governance that foster innovation in an inclusive and responsible manner”.

Some of the projects that the C4IR is already working on are the country’s artificial intelligence (AI) policy and laws on the protection of personal data and privacy.

At the launch of the centre last week, President Paul Kagame said the facility was the country’s pride. He added that it was evidence of how far it had advanced in the fields of science and technology.

Speaking at the launch, Borge Brende, president of the WEF, said that because the centre was the first of its kind to be set up in Africa, it will be a pacesetter.

“This is the first centre to be formally launched in Africa. It says a lot about the leadership in the country when it comes to leapfrogging and being visionary, when it comes to new technologies.

“I think that this Centre for the Fourth Industrial Revolution Rwanda will play an important role to meet the ratio of Rwanda becoming an upper middle-income country by 2035. The centre, I hope, will be a key enabler of Rwanda’s goal of becoming an even more prosperous society,” he said.

The facility’s managing director, Crystal Rugege, said it would be a “catalyst for Africa to lead the world in shaping a more inclusive Fourth Industrial Revolution”.

With that in mind, Ingabire said the youth bulge was a huge advantage for the continent to drive technologically motivated growth.

The WEF defines the Fourth Industrial Revolution as a technological revolution that will fundamentally alter the way people live, work and relate to one another.

" said Rwandan Minister of Information Communication Technology and Innovation Paula Ingabire, "With the advent of the Fourth Industrial Revolution and the rapid innovations witnessed during the Covid-19 pandemic, AIRWANDA, Artificial Intelligence, C4IR, PAUL KAGAME, Paula Ingabire, Rwanda, there is an increased urgency to develop digital and technological capacities to build more resilient systems for a healthier society and more sustainable economy, To Launch A Centre Dedicated To Artificial Intelligence

Kakwenza Promises to Return. After the Manner in Which He Slipped Out of Uganda 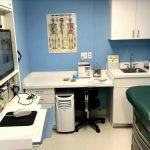 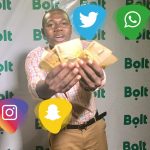 Universities in Rwanda to Reopen in Mid-October