Everton will be hoping to build on their impressive Premier League opening day win at Tottenham when they welcome West Bromwich Albion to Goodison Park on Saturday.

Everton defender Mason Holgate not be in todays match due to atoe injury while Jarrad Branthwaite Picked up an ankle problem during the EFL cup win over salford on Wednesday.

Midfielder Alex Iwobi is back in contention after a minor knock but Ancelotti, who made 10 changes for the midweek win over Salford, is likely to recall all his first-choice players including the likes of James Rodriguez, Allan and Abdoulaye Doucoure. 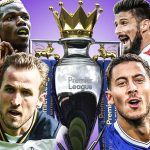