Quotable Quote – Don’t cry because he left you

Don’t cry because he left you. Smile because he gave you the opportunity to find someone who truly loves you and deserves you much better than him.  Because it’s sad when you’re willing to do everything to be loved by someone and he is also doing everything to love somebody else.

Why you should stay single while at campus

God created man, told him to procreate and fill the Earth, the Bible tells us.  Basing on this, 60 percent of campus students dream of getting married to a beautiful/handsome man, own a latest posh car, a good house and much more. But there are several reasons as to why one should stay single till […]

Buy a campus girl Chicken, chips, chaps and her heart will be yours

By Philimon Badagawa. on May 7, 2013   CAMPUS GOSSIP, RELATIONSHIP

Campus boys have nowadays resorted to steal the girls hearts through religion. If the fellow learns that the girl or chic is a Catholic, they try to convince her to soften her heart by  buying her a plate of pork and shower the tables with beer bottles. The Campus Times has revealed that 90% of […]

Say I love you before its too late

By Philimon Badagawa. on May 6, 2013   QUOTABLE QUOTES, RELATIONSHIP

“It’s so easy to talk about love, sing about it, write about it but never easy to realize that you had it in your hands before it has gone.” 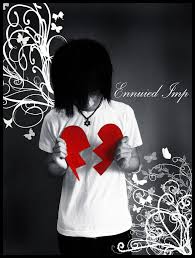 To everyone out there that has ever had their heart broken Most of the time it is the worst pain in the world to be heart broken. That time when you feel like you are robbed of a future that will never happen again. You even start doubting yourself as if it was your fault, […]

I fell in love with my best friend’s boyfriend

I had never had a boyfriend before, although my best friend had quite a few.  One day, I was with her at her boyfriend’s house and she left for home to do some homework. I was going to go home too, but her boyfriend “let’s call him Dan” said I should stay for a behind […]