By Tiberindwa Zakaria on August 12, 2015   RELATIONSHIP

As promised, Part 2 of the 7 habits of highly effective lovers has come upon us. Just in case you missed part 1click here otherwise let us jump straight into the fray. Think win-win Now many times when those we love refuse to click our vibe, we often get hurt. Some of us even cry. […]

But every time he did this I felt so much pissed off. One day I decide to stand-up to this forsake creature! Not knowing I was asking for a hot slap. He gave me a hot one which made me lose my balance up to the ground. I think I fainted! Did I? No, but […]

Dating: Have you ever been friend zoned; here is a way out

By Tiberindwa Zakaria on July 9, 2015   RELATIONSHIP 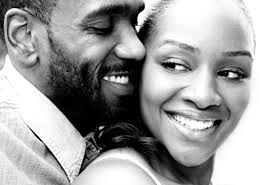 Friend zoning may not be a familiar term to all my readers. So I will start by defining the term. Friend zoning is what ladies do to guys whom they cannot out rightly reject and kick out of their circles. In other words; you go to a girl, tell her what’s up and she suggests […]

University being the highest level of learning in Uganda and worldwide; many students find it more convenient to get marriage partners at this stage. Many call it the elite world, where some succeed yet others fall victim of failure. This may be caused by poor grades or due to some uncertain conditions such as sickness or […]

Making Love: I regret the delay but my answer is yes…. you're my life

RELATIONSHIP:“I have been patiently waiting for you to say it loudly but it never came. I appreciate the friendship you’ve had with me, but you penetrate beyond the heart of being a friend.” I am a recognized woman. Not in beauty, wealth, or PHDs but my manly physic and energy leave no single head untwisted. […]