Barcelona vs Real Madrid El Clasico derby Barcelona whill today host Real Madrid at the Nou Camp this afternoon in the first Clasico of the 2020-21. Barca lost 1-0 away to Getafe in their last league encounter on October 17, while reigning champions Madrid suffered a shock 1-0 home defeat to newly-promoted Cadiz. Real Madrid currently sit third, with three wins from […] 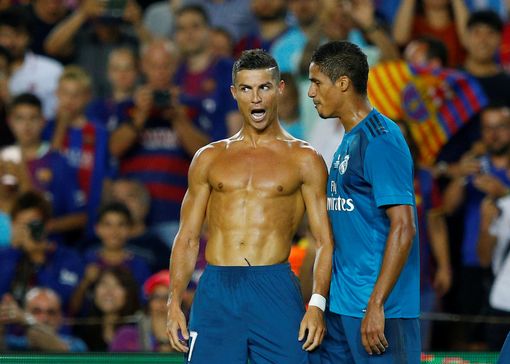 Cristiano Ronaldo came off the bench, scored a sensational goal to give Real Madrid the lead and, moments later, was sent off. Gerard Pique’s own goal opened the scoring, before Luis Suarez was brought down by Keylor Navas and Lionel Messi equalised from the spot. Real Madrid beat Barcelona 3-0 and Christano Ronaldo after scoring,celebrated […]