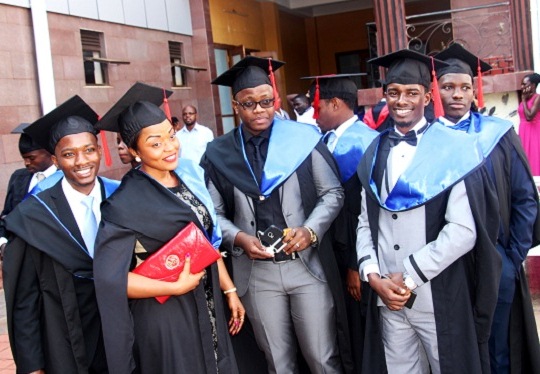 Uganda Technology and Management University (UTAMU) is set to hold its third graduation on Friday, 29th September 2017 at Silver Springs Hotel in Kampala. UTAMU will have its undergraduate and postgraduate students graduating on that day with degrees and diplomas. The ceremony will be conferred upon by the former Vice President of Kenya, H.E. Hon. […]

Prof Venansius Baryamureeba , the founding Vice Chancellor of Uganda Technology and Management University (UTAMU has been honored with the distinguished Africa Education Leadership Award. He was honored with the award on 9th October 2015 by Jacob Mills, the Global Chairman of African leadership awards. This Award of the highest stature is presented to Individuals and […]

Prof. Benon Basheka has advised the academia on improving student skills and attitude other than only providing knowledge if they are to build sustainable partnerships with industry players. Delivering a keynote speech during an Education Symposium held at Hotel Africana, in Kampala, Basheka encouraged the academic to seek partnerships rather than waiting for them to […]