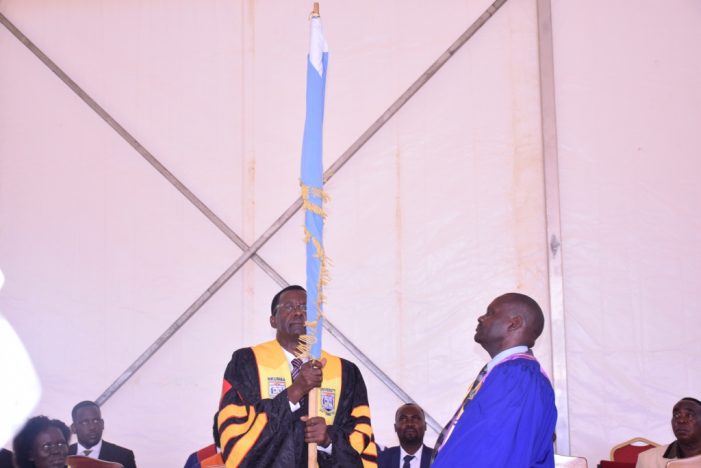 Prof. Wilson Muyinda Mande has been installed as the new Vice Chancellor of Nkumba University. He becomes the 4th Vice Chancellor since the university’s inception in 1994. Prof. Mande received the instruments of power on Wednesday 1st November 2017 at the university’s main campus in Entebbe. The function was presided over by the Chairperson Board […]

Nkumba University started as a kindergarten with 12 students

No one could have possibly imagined half a century ago that a humble kindergarten whose roof was once blown off in a night storm would today stand as an eminent chartered University. Nkumba University which is located 27km on Kampala-Entebbe highway began as a kindergarten on February 6, 1952 with just twelve pupils in a […]

A woman never knows when to say bye bye

The new elected Guild President of Nkumba University, Madinah Zalwango was sworn in last week. She took the oath of allegiance in front of the University Vice Chancellor,Prof. Paul Edward Mugambi and cheerful students. Madinah Zalwango is 22 years old. She is doing a degree course in Procurement and Logistics Management. She is the second […]