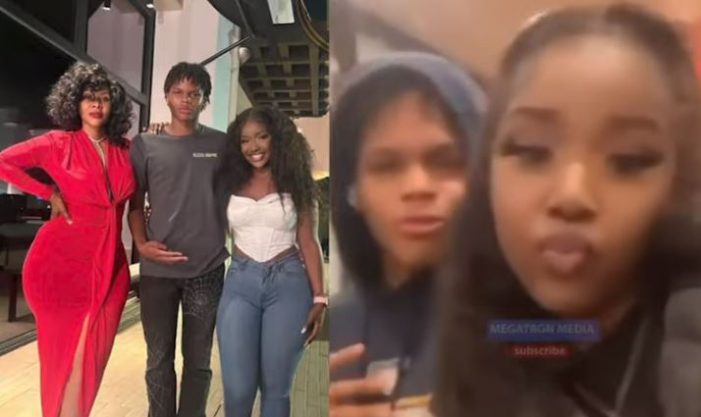 In September, a photo of Abba Marcus Mayanja and Mitchelle Kaddu kissing rocked the internet and birthed the narrative that the two are dating.

Both staying in the United States of America, Abba and Mitchelle have been friends for a while but the photo seemed to suggest there was something deeper than friendship.

While speaking to the media over the weekend, Mitchelle’s mother Desire Luzinda stressed that all the two kids share between them is friendship.

She also wondered how it is such a big deal that the two are close because, in the society where they live, there is nothing wrong with a female having a male friend.

“The kids are just friends and in the society we live in, a section of people are the ones who make a big deal about a boy and girl relationship. But the society we are living in today is a modern society. There is no problem whatsoever in having a male or female friend,” Luzinda noted.

She also denied being aware of a local singer who has expressed interest in her daughter. It should be remembered that Victor Ruz recently opened up about his admiration for Mitchelle.

“If there is someone out there claiming Mitchelle, it is entirely their opinion because Mitchelle is not aware of such claims and I cannot even comment much about it.”

Desire Luzinda also said that she thanks God that her daughter has grown into the person that she is and that they share a very close relationship.

“It’s hard raising a child up to this age so I thank God every morning that He gave me a child who is both my daughter and sister. She became my sister,” the ‘Ebyama’ singer noted.