So many celebrities have come out to reveal that they tested positive for corona virus, among these are high caliber individuals like Prince Charles. Here is a list of some of the celebrities who tested corona virus positive.

Idris an actor, was among the first people to come out, he revealed the sad news in a video on his social media pages on 16 March.

A spokesperson to the British Royal Family broke the news on Wednesday. “ Prince Charles’s wife, Camilla tested and was negative. They are self-isolating at their home in Scotland.

She is well know for her  role in frozen II as Honeymaren (voice). She also revealed the news on her Instagram same day as Idris Elba.  In her messages she says she observed loss of appetite, fatigue and a sore throat.

She is the wife of Justin Trudeau Canada’s Prime Minister.  Through the prime minsters office Sophie revealed the news on March 12th.

Ms. Wilson and his wife Rita Wilson, both 63,said on March 11 that they were in Australia and had the corona virus.

Have you watched The “Games of Thrones”? Hivju is that guy with a lot beards. Through his Instagram page on March 16, he said he had tested positive for corona virus. he assured his funs that he was in good health with mild symptoms of a cold.

Placido Domingo the 79 year old actor , disclosed his Covid 19 status on his face book page , T “I feel it is my moral duty to announce to you that I have tested positive.” read part of his text.

Sadly the 81 year old Terrence McNally died of Corona Virus complications. He  will be remembered as a great playwright (he has won Tony Award four times). He wrote plays like Kiss of the spider woman, Ragtime among others.

Top 10 celebrities who tested positive for Corona Virus added by Zuurah K on March 26, 2020
View all posts by Zuurah K → 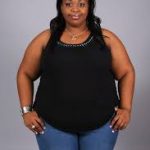 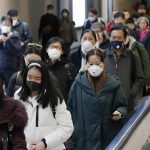