The FIFA World Cup 2022 will be a star-studded event with spectacular goals and breathtaking moments. The decisive playoff games earlier in the week in various continents gave us a glimpse of what to expect from reputable players.

Apart from watching the games live in various stadiums in Qatar or through your screen, you can decide to engage in a bit of fun betting to ramp up your mood. Which player will score the FIFA World Cup 2022’s first goal? Which player will emerge with the golden boot? Or which country will win the World Cup?

The World Cup is one of the most popular events for betting punters. You can find the best betting sites in Uganda easily online. Most of the sites provide competitive odds that’ll guide you when placing your stake. Below are the top 10 football players to watch out for in the FIFA World Cup 2022. We recommend to read the article so you will have a better understand about the trusted players to bet on.

If you’re talking of lethal form in front of goal, one name that shouldn’t miss out on the conversation is Robert Lewandowski. With 31 Bundes Liga goals in the 2021/2022 season, Robert will prove a nuisance to defences at the Qatar tournament.

He was also named FIFA’s 2021 Best Player and scored the decisive goal that sent Poland to Qatar at the expense of Sweden.

The French prodigy has proved time and time again why he’s among the most sought after players in Europe. Mbappe’s form for both PSG and France is astounding. A great highlight was his four goals in Russia four years ago, making him the other teenager apart from Pele to nick a goal at the FIFA World Cup.

His exploits in Russia earned him the best young player accolade at the 2018 World Cup. What will Kylian have in store come November 2022? Only time will tell.

Crossing over the Mediterranean Sea to Africa, Liverpool’s Sadio Mane is no pushover. In February, his successful spot-kick against Egypt gave Senegal the AFCON 2022 trophy at the continental level.

As fate would have it, Mane again scored the decisive penalty against the Pharaohs that saw the Lions of Teranga book their place in Qatar. With Mane still on a neat scoring run for Liverpool, expect a showdown in November.

The Belgium team will fancy its chances at the 2022 FIFA World Cup, and with De Bruyne in the squad, opponents cannot underestimate the Red Devils. De Bruyne has been one of the consistent players for Manchester City over the years, and it’s a no brainer he has translated his services for Belgium too.

Given his stellar performances, Kevin can be at the forefront in leading his country to World Cup glory.

Considered among the best footballers, Leo Messi will probably be making his last World Cup appearance. Even at 35 years, Messi has been among the very few consistent players to keep it going at the top level of football. Having won almost every major title, the World Cup has been elusive.

With the upcoming Men’s World Cup, Messi will be looking forward to adding another medal and leading Argentina to their first World Cup title since 1986.

Playing in the same league as Messi, Ronaldo hopes to add the World Cup to his recent Euro 2016 accolade. Even at 37 years, Cristiano is still the same lethal striker, scoring goals consistently and match-winning goals.

After seeing out North Macedonia in their World Cup qualification, Ronaldo will have an eye for the most coveted global prize.

Despite failing to qualify for the 2018 FIFA World Cup, the US features a new generation of players aiming to prove themselves on the global stage. Among them is Pulisic, whose exploits at Chelsea cannot be understated.

The attacking midfielder will be a linchpin of the US team. Who knows? Maybe the USA team will be among the dark horses of this tournament.

Together with Harry Kane at Tottenham Hotspurs, Son has been a goal-scoring threat. Despite missing out on South Korea’s World Cup qualifying win against Syria through injury, Son will be the Taegeuk Warriors’ main attacking point.

When Lille clinched the Ligue 1 title in the 2020/2021 season, one of the names that caused shockwaves was Jonathan David. The Canadian’s goals helped Lille stun PSG to the top and were also a threat in the recent qualifiers allowing Canada to qualify for their first World Cup since 1986.

Mexico has been one of the consistent teams when qualifying for the World Cup. However, if they want to proceed further into the knockout stages, Wolve’s Raul will be essential to the squad.

Following his near career-ending skull injury, Jimenez has regained his scoring form and is sure to torment teams at Doha. 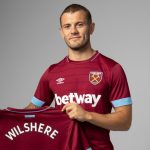