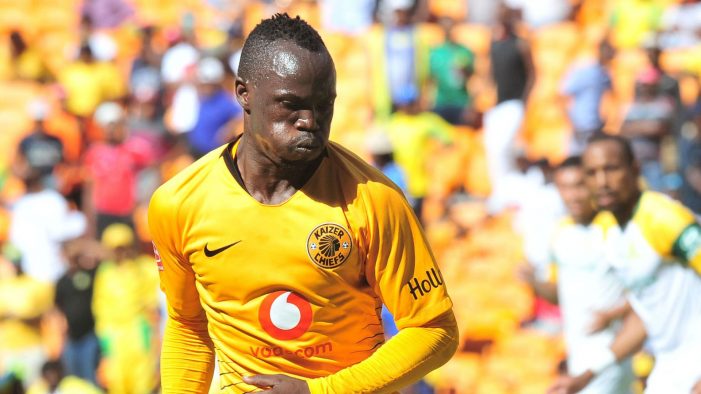 Ugandan left back Godfrey Walusimbi has joined Albania side KF Vllaznia. The defender has reportedly signed a one year deal after eight months without a club.

Walusimbi left Kaizer Chiefs earlier this year after his contract was terminated. The termination of his contract came after he refused to be sent on loan to Chippa United.

“As promised by members of the technical staff, KF Vllaznia has made it a reality to hire another player..,” read part of the statement on the club website.

“It is left-back defender Walusimbi Godfrey. The player has signed a one-year contract and is expected to arrive in Shkodra within this week, as soon as he is granted an entry visa to Albania.

Walusimbi was part of the Uganda Cranes team that featured at the 2019 Africa Cup of Nations. He has netted three goals with over 100 caps for the national team.

The 30-year old left back started his football career with Uganda’s Sports Club Villa where he was from 2006 to 2010.

He then joined Bunamwaya FC from 2010 to 2013 before signing for CS Don Bosco of the Democratic Republic of Congo.

Walusimbi then left CS Don Bosco after one year to rejoin with SC Villa on a short-term deal in the 2013/14 season.