All may be well with NUSUF after they managed to identify the Athletes, who will be representing the Country in the World University Games in Kazan Russia.

It’s believed that 160 countries will compete in the 27 sports disciplines.
Uganda will be represented by 6 women and 14 men athletes drawn from 6 Universities in and out side Uganda namely Ndejje, UCU Mukono, Kyambogo, Makerere, Kampala and Middle Tennessee from USA.

NUSFU will fully cater for 4 members of the team.

Athletes from NKUMBA, MUBS, MUST and GULU have been officially dropped because their Institutions could not commit funds for this event, six atheletes and 2 officials have also been affected.

The Athletics team is being handled by Mr. Faustino Kiwa and has been training at Makerere and Namboole. 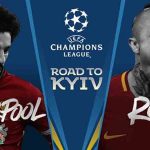