Is this the cabinet you want for Uganda?

Over the years, there have been many concerns expressed about Uganda’s cabinet. Apart from the high number of ministers who have to cost Uganda tax payers lots of money in maintenance, people usually raise concerns ranging from too old, too male, too western, to being educationally unbalanced, among others. Jane Bukenya Ndibarekera analysed the current cabinet list and reports:

The Cabinet is one of the most influential organs of a government. According to the Constitution of Uganda, “there shall be a Cabinet which shall consist of the President, the Vice President and such number of Ministers as may appear to the President to be reasonably necessary for the efficient running of the State”.

This implies that the president is responsible for appointing ministers. These also include the state ministers.

The table below gives a brief background of the ministers and the way they were appointed. it also shows you the qualifications of each.

SOME OF THE DATA IN THE TABLE WAS THEN PLOTTED ON THE MAP Below.

Click on the red icons to see the different ministers.

When looking at the gender distribution, the current cabinet has 77 members of which only 22 are women. Having only 22 women would not have been a problem but there are concerns that most of the women are state ministers.

In the current 9th parliament out of 375 members, 129 are women (34.4%), which represented a 3.4% increase from 8th parliament. This increase has a lot to do with increase in number of districts too. Implying that the women mostly represent districts.

IS Cabinet too old?

When you look at the age graph, you will see that over 53 ministers are above 50years,  With a country that is mostly made up of the youth, there has been concern that elderly ministers need to leave room for young people with fresh minds who know what problems are happening to the young people in the country now.

Some people have even asserted that Parliament needs to set an age limit for one to be on cabinet or follow the retirement age, because 24 ministers are above 61 years-more than 10years above Uganda’s life expectancy, while five ministers are above the age of 71.

Since President Yoweri Museveni came to power, we have been hearing questions regarding uneven regional distribution of cabinet ministers.

Western Uganda alone has 27 ministers and the rest have between 15-19 ministers. However, some people say the regional difference is minimal as has nothing to write home about. Also, a closer look at the map above will show you that even within regions, ministers are not evenly distributed with some districts in the west having one minister while others have more.

Ask any Catholic and you will likely hear of their three decade under representation in cabinet. Despite being the most populous religion, there are 30 protestant cabinet members, compared to 18 Catholics.

It is however worthwhile noting that Uganda has a very educated cabinet. With seven (7) Phds and 36 Masters Degrees, one can see the president’s keenness to appoint those more educated than him.

Generally, it is not far fetched to say the Cabinet of Uganda needs a face lift and unless that is done, we shall continue having many concerns by Ugandans on its composition.

But many people agree that what matters most is not where ministers come from, their age religion or level of education but whether they deliver to the expectation of their office. But whose expectation? 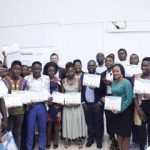 2 Responses to "Is this the cabinet you want for Uganda?"