Who is the Best: A Collection of President Museveni’s Challenge on Exercising from Home by Ugandans

While addressing Ugandans on the COVID19 epidemic that has forced people to stay and work from home as one of the measures to prevent the spread of the virus, the president of Uganda has banned people from exercising in groups in public places.

President Yoweri Kaguta Museveni  says this will expose people to the risk of spreading and contracting corona virus.

He has advised Ugandans not to go outdoors to exercise. The president released a video demonstrating how one can exercise indoors and stay safe.

Below is the video of President Musevei demonstrating how to exercise indoors as people #StaySafeHome.

Yesterday, I discouraged people who have been jogging in groups, exposing themselves to risk amidst the COVID-19 pandemic. You do not have to go outdoors to exercise. Here is my demonstration of how you can exercise indoors and stay safe. pic.twitter.com/Ulbj6vGOYQ

Ever since the president released his version of exercising from indoors, a number of people have come up with #MuseveniChallenge on how to jog from home as people #StayHomeSafe amidst #COVID19UG.

Below we bring you different versions of how people hare creatively exercising from their respective homes.

Working out from my basement. All I need are these tyres. Ready to take on the challenge of working out indoors. #FitnessMotivation pic.twitter.com/Xy1lcIcXOa

So, the boss @jkkarungi asked who was fit enough for a challenge and naturally @Joel_Khamadi found his match 🤣🤣🤣🤣🤣 pic.twitter.com/SGaRyM1h25

#President Museveni Workout from home challenge surpassed .Thanks for training your Bazukuru pic.twitter.com/r56nkMsWyW

#President Museveni Workout from home challenge surpassed .Thanks for training your Bazukuru pic.twitter.com/r56nkMsWyW

You can share with us your #PresidentM7Challenge, #M7Challenge, #StayHomeChallenge on exercising from home in our comment section. Thank you 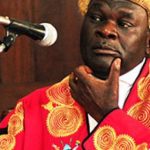 COVID19 LOCKDOWN: Personal Development Opportunities and How to Bounce Back Bigger and Better

If you are Pregnant or Breastfeeding, take these Precautions to prevent your Baby from Corona Virus