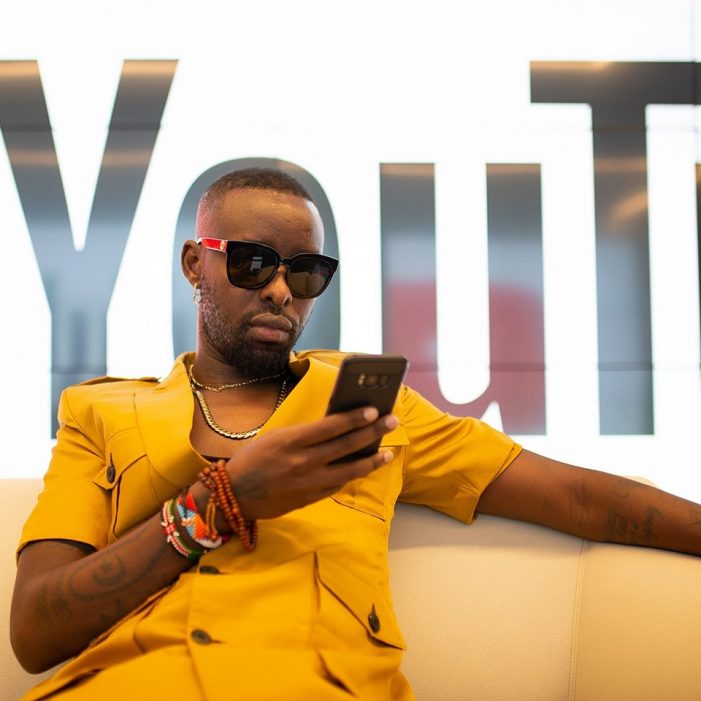 Levixone had plans to organise his maiden concert at Mandela National stadium (Namboole) in 2022 but Covid-19 happened.

The Ugandan music industry is vibrant again following a two-year lockdown and artists are ready to showcase their talents at different concerts.

We look at the concerts that have already been confirmed, their dates, and venues.

“God has done wonders for me, it’s now time for me to give back,” Levixone said while announcing the concert dates for his concert earlier this week.

The concert dubbed Mbeera, The Genesis concert will happen on 3rd September 2022 at Kololo Airstrip.

The gospel music lovers are charged to fill up Kololo Airstrip which is not a small venue. The multi award-winning singer is confident he will make history come D-day and we cannot wait to witness this.

A two-day concert is something rare in the local music industry but Pallaso is daring to try it out in July.

Earlier this year, the TGM singer and his management announced that his concert will happen on 1st and 2nd July 2022 at Lugogo Cricket Oval.

Considering his form over the past two years, Pallaso has the hit songs to make a concert. The focus, however, will be on whether he can pull the crowds to fill up one of the biggest venues in Uganda for two days.

Arguably the most consistent male artiste since he broke onto the scene around 2015, Fik Fameica has garnered a huge following consisting mostly the youths.

He will be looking forward to putting his old misery of a flopped 2019 concert behind him when he heads out to Hotel Africana in August.

The self-styled Fresh Bwoy called upon his majje to fill up the venue come 26th August 2022.

Welps! The concert name tells you pretty much what you need to know about Gravity Omutujju’s journey in the last two years.

Knowing your crowd, mastering your art, and sticking to the working formula regardless of what is said have been Gravity’s keys to success.

With major club bangers that play both at the top end bars in the city and deep down in the ghettos, Gravity is a real son of the Ugandan soil and fans love him.

He knows it, and hence the fact why he believes in himself so much to announce that his concert slated for 1st October 2022 will happen at Lugogo Cricket Oval.

Gravity has held a concert at the same venue before and registered success in terms of turn up. Can he do it again? Times change but you’ll bet he can! We await to see what comes of it.

The B2C Entertainment boy group made up of Delivad Julio, Bobby Lash and Mr. Lee will return to Freedom City on 19th August 2022.

It is almost four years now since they held a successful show at the same venue. In those years, a lot has happened to their career but made them even stronger as a unit.

Recent months have seen them drop a couple of songs including collaborations, maybe in preparation for the concert. We anticipate more projects before August. So, sit tight!

Roden Y Kabako’s life has been a roller coaster in recent months. From making his relationship with Jazira Ddumuna official, to building a house, to the land wrangles that almost cost a life, a lot has been going on.

Nonetheless, the singer has stuck his guns to the music and he heads out to Joggies Bar in Bulenga on 21st August 2022 for the Best Of Kabako concert.

Just like Pallaso, Kabako plans a two-day concert with the second part of it set to happen in Mityana on 22nd August 2022.

Apart from his hilarious lyrics and music style, Kabako’s energetic performances are a crowd pleaser and we shall be entertained come August.

Early in March 2020, just as the music industry geared up for the Eddy Kenzo Festival which was slated for 28th March 2020 at Kololo Airstrip, events were banned as President Museveni sent the country into lockdown.

Kenzo decided to postpone the festival for a later date and following a two year wait, the Big Talent Entertainment boss announces that the festival will happen on 5th November 2022.

The 2020 festival had already attracted top African performers and fingers will be crossed as we await to see who will be invited for this particular event.

Announcing the good news on Sunday evening through social media, the Weekend singer revealed that the festival will start with a streak of shows across the country before the main concert in Kampala.

If you love a good time, you have several choices to pick from. And we expect more artistes to announce concerts as they release more music.

Pallaso opens up a studio

Pallaso announces dates and venue for his two-day 2022 concert