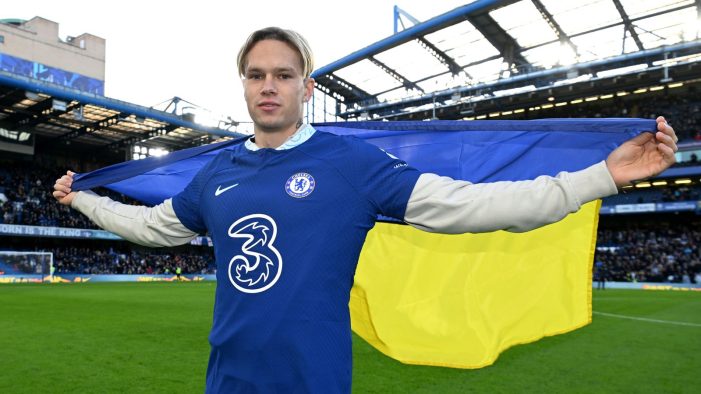 Mudryk had been targeted by Arsenal since last summer but couldn’t register a breakthrough in the deal til Friday.

Chelsea agreed a deal with Shakhtar on Saturday night and the 22-year-old travelled to west London to complete a medical before signing an eight-and-a-half-year deal.

“I’m so happy to sign for Chelsea,” Mudryk said.

“This is a huge club, in a fantastic league and it is a very attractive project for me at this stage of my career. I’m excited to meet my new team-mates and I’m looking forward to working and learning under Graham Potter and his staff.”

Todd Boehly, Chelsea chairman, and Behdad Eghbali, co-controlling owner, said: “We are delighted to welcome Mykhailo to Chelsea. He’s a hugely exciting talent who we believe will be a terrific addition to our squad both now and in the years to come. He will add further depth to our attack and we know he’ll get a very warm welcome to London.”

Mudryk earned a place in the senior Ukraine squad last year, receiving eight caps since making his international debut in their win over Scotland in the FIFA World Cup qualifying play-offs in June.

Mudryk joined the Shakhtar Donetsk academy in 2016 and, after a handful of senior appearances and loans to fellow Ukrainian Premier Liga sides Arsenal Kyiv and Desna Chernigiv, made his first-team breakthrough over the course of the 2021/22 season, with two goals and seven assists in 11 league games.