Chrissy Teigen and John Legend, have another baby on the way. Chrissy cradled her baby bump in a black crop top as she revealed that she’s expecting following her devastating 2020 miscarriage and IVF journey.

She did not forget to reference to the child she lost as she noted that  the last few years were a blur of emotions to say the least, but joy has filled their home and hearts again. 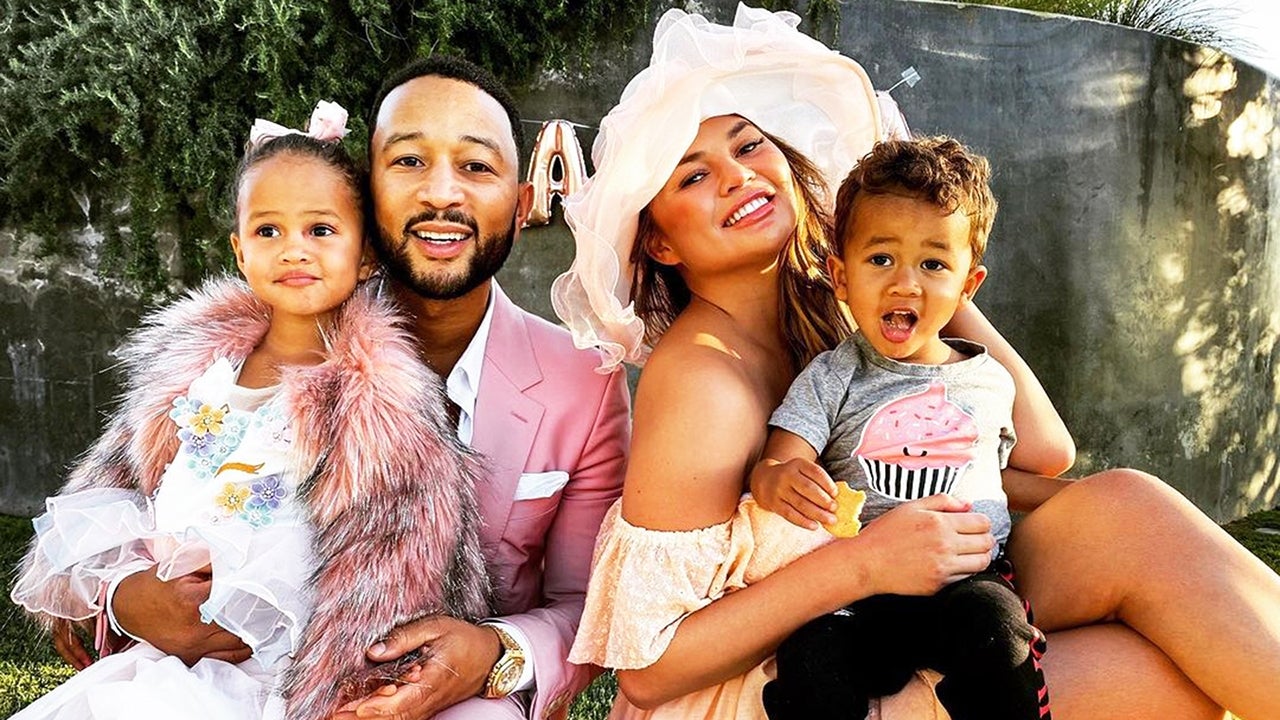 She posted online stating “1 billion shots later (in the leg lately, as u can see!) We have another on the way. Every appointment I’ve said to myself, ‘ok if its healthy today I’ll announce’ but then I breathe a sigh of relief to hear a heartbeat and decide I’m just too nervous still. I don’t think I’ll ever walk out of an appointment with more excitement than nerves but so far, everything is perfect and beautiful and I’m feeling hopeful and amazing. Ok phew it’s been very hard keeping this in for so long!”

Before her pregnancy, Chrissy had announced that she was undergoing IVF to try to conceive again in an Instagram post.

While she was trying, she asked people to avoid commenting on whether she looked like she was expecting or not.

“I humbly beg you to stop asking if I’m pregnant because while I know it’s said with excited, good intentions, it just kind of sucks to hear because I am the opposite of pregnant,” she wrote at the time.

Chrissy and John already have two children: a son Miles, 3, and daughter Luna, 6.

Chrissy Teigen and John Legend expecting baby number three added by Sarah A on August 4, 2022
View all posts by Sarah A →