Does the age difference matter in a relationship

Do age differences matter or should love prevail over all? I think “love conquers all.” But all relationships have hurdles that have to be overcome. All marriages take work and attention.

The issues that two people who are in a relationship and who are roughly of the same age face may be similar or may be different from the issues that couples with vast age differences face.

It’s my experience that maturity and age are two things that rarely co-mingle. Age does matter in relationships, and anyone that tells you otherwise is either in high school.

Age is the vehicle by which we experience common milestones in life. These milestones give us the ability to relate to one another.

We all experience a first kiss, first partner, first sex, marriage, home, career, child, divorce, etc. If you’re at the end of this list, what on Earth could you have in common with someone near the beginning? There is a reason that most couples today do not have a significant age difference. Consider that over the last one hundred years, the average age difference between married couples is 3.5 years. Is this a coincidence or just a trend?

I found out that with younger women, I felt attracted but bored. With older women it was just the opposite — I was interested but did not feel attracted to them. With each woman I dated, things ended as quickly as they began. In hindsight, the only thing I was clear on regarding the women I described was that I wanted to date and was initially attracted to them. Their age should have been a warning to me that we may have nothing in common.

This experience taught me two things. The first is that age is not just a number. It is a fairly accurate measurement that describes where you have been and what is left in front of you.

It tells you what you may have in common with someone. The second is to know what you are attracted to, understand what you want in a partner and a relationship, and confirm that these things are in agreement before you choose to spend time with someone.

Now, I stay away from age extremes, and in those rare moments I meet someone extremely younger or older that I’m into, I look for common interests before committing to a date. This works for me because I recognize that age matters. It is simply naïve to think otherwise.

I’ll be honest here — I like the old ones. Save for my first boyfriend, who was just two years older than me, the men I have dated and clicked with have generally been anywhere from six to twenty years my senior.

Now a twenty year age difference may not be the norm or “average” (neither is six, for that matter), but I hardly think it’s a strong predictor for the success of a relationship (after all, nearly half of those couples with the “ideal” age difference between them get divorced), and it amuses me how shocked people continue to be about an age discrepancy.

Age itself isn’t a factor in compatibility — it’s elements like maturity and life experience, which tend to correlate with age, that can make or break a relationship’s long-term potential. But so can future goals, background, culture, family, career, personality, and sexual chemistry.

I tend to think that the combination of those factors (maturity and life experience included) takes precedence over whether or not your significant others gets your clever Beverly Hillbillies reference. And while we’re at it, can we retire lingo like “cougar” and “cradle-robber” (or grave-robber, as I’ve been called) — it condescends both parties in question and is on par with sticking a cutesy label on someone who dates outside of their own race or background, in my opinion.

Date and let date — unless you’re currently involved in a triad relationship with the May-December couple you’re commenting on, leave it to them to form opinions on how their age gap works for them. Age and maturity often go hand in hand, but you can certainly have one without the other.

All that said, I do have one (admittedly hypocritical) rule when it comes to dating much older men. To weed out the creepsters, I always ask if they generally date women as young as me. If they make a habit of trolling for women the college or campus, I move on. I want to be the exception, not the rule. 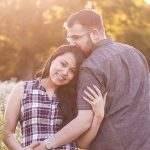 Dating: Online media making long distance relationships memorable
She denied me my marital rights and I quit the relationship
How to spend a valentine’s day with more than two lovers?
Beautiful girls should stop complimenting writers for the articles they write
Welcome to Uganda 2014 where sex is free but love is so costly