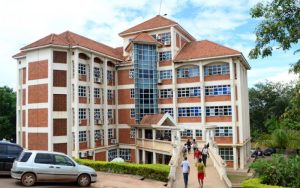 The Office of the Academic Registrar Makerere University has announced the  candidates who have been recommended for admission to the  programmes indicated against their names under the District Quota Scheme, subject to verification by their respective districts.

You can also view the names of those admitted on district quota by scrolling through the table below: