Health: Mind the milk you consume

Milk products contain a lot of nutrients for growth and strength to humans, but sometimes the dairy products we take are not as pure as we think especially those sold by vendors as most of them are adulterated.

Adulteration of milk reduces its quality and may make it hazardous. Adulterants like, starch, water, table sugar and chemicals like formalin, detergents like soap may be added to the milk. Most of chemicals used as adulterants are poisonous and cause health hazards like cancer, diahorea among others.

In 2017, livestock farmers were said to been using formalin to preserve meat and milk which is unhealthy for the consumers. These chemicals are put in milk products to either increase the quantity (with water) in order to make more money or as preservatives. Here are some of the ways you can identify adulterated milk and the effects of consuming it.

Patrick Kabuzi a whole sale milk seller says that one should make sure the product has a UNBS mark as this shows it was tested and approved, all dairy products without that mark didn’t go through UNBS and were not tested,

Check the expiry date and the country of origin because that’s what UNBs looks at to pass products, its harmful to take expired products because is more consuming poison.

Paul Mujuni a cattle keeper notes that you can identify milk with water locally by pouring it on the ground,

“The adulterated one will be absorbed in the soil immediately whereas the one that’s not will stay hang for some good time and even leave whitish marks,” he notes. 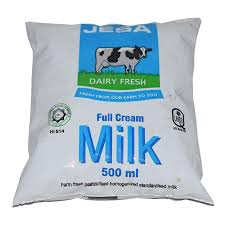 Genuine dairy products should have a UNBS mark.

Mujuni notes that adulterated milk is in two forms, one with chemical and water. She notes that milk where chemicals are added is very bad as they could cause diseases.

Idah Muhangi a Medical Practitioner notes that feeding on milk that has be adulterated with water means no nutritional content because the water drains all the contents. She adds that this milk is not good to feed on children because they need to grow.

Muhangi also notes that cholera has been detected in several parts of the country and consumption of dirty and unboiled roadside products has been the biggest cause.  She adds that adulterated milk with hydrogen peroxide may lead to heart problems hence causing cardiac arrhythmia.

“It may also lead to hormonal imbalance and the effects that come with it, it may also reduce life expectancy” he adds.

What should be has done

Muhangi advises that all products that reach the market should be tested, she notes that there should be a team of surveyors that does inspection of products on market and people selling fake products should be closed down.

In a presentation at the second global forum of food safety regulators in Thailand in October 2004, the then Director General of Health Services, Prof Francis Omaswa, said: “Much of the burden of illness results from basic sanitation failures that occur in food production, processing, storage, transportation, retailing, and handling in the home.

Achieving basic food hygiene is made difficult by the lack of necessary sanitation infrastructure in many areas of the country.”

National milk production stood at 1.8 billion in July 2012, according to the Dairy Development Authority (DDA). Currently milk volumes stand at about 2.0-2.5 billion liters annually, according to our estimates. The dairy industry in Uganda contributes about 9% of the country’s Gross Domestic Product (GDP).

Health: Mind the milk you consume added by Zuurah K on January 8, 2020
View all posts by Zuurah K →